Flags to be flown at half-staff for Nancy Reagan 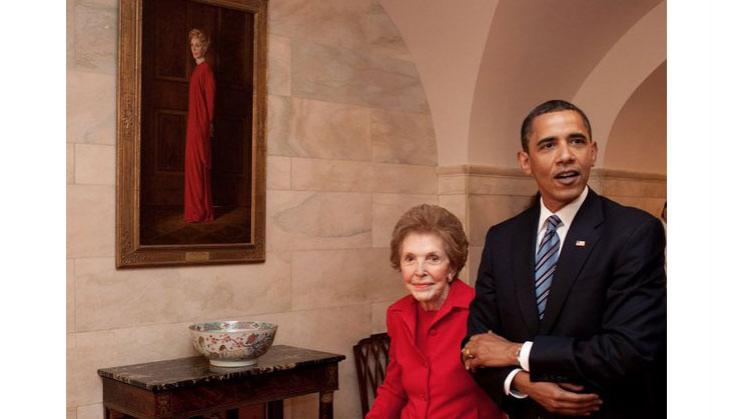 The former First Lady passed away on Sunday.

Flags should be flown at half-staff immediately through sunset on the day of internment.

Governor Pence also asks businesses to lower their flags to half-staff to honor former First Lady Nancy Reagan for her service to the United States.

Today the state of Michigan mourns the death of former First Lady Nancy Reagan, a well-respected, devoted leader who used her role as First Lady to advocate for those less fortunate in our country. To this day, her ‘Just Say No’ campaign impacts the way this country talks about the dangers of drug abuse.

Nancy’s determination to helping those in need will always be an inspiration to us all. Sue and I extend our heartfelt condolences to those grieving for Nancy, and we keep them in our thoughts and prayers.

Nancy Reagan lived an extraordinary life defined by her love of country and steadfast support of her cherished husband. We will all remember her for her lasting impact as First Lady and courageousness during President Reagan’s fight with Alzheimer’s. I join with all Americans in celebrating Nancy Reagan’s remarkable life and mourning her passing. She will be missed.

Nancy Reagan’s passing is an incredibly sad moment. Her love story with President Reagan is one for the ages, and the way they continued to show their love and affection for each other throughout their lives is something we should all admire. She also had an undeniable impact on our culture through her work on the ‘Just Say No’ campaign, with the admirable goal of helping children avoid dangerous behaviors.

Nancy, both during her husband’s time in the oval office and well after, has had a profound impact on the Republican Party and America as a whole. She will be sorely missed, and my thoughts and prayers go out to her family as they mourn her passing while celebrating her life.