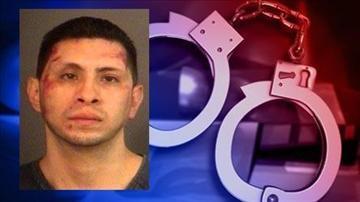 SOUTH BEND, Ind. – A man fleeing from South Bend Police tried to carjack a church van being driven by a clergy member, according to police.

South Bend Police say members of the Metro Special Operations Section stopped a vehicle in connection with a drug investigation.

They stopped a Chevy Suburban at the corner of Indiana Avenue and Michigan Street.

The driver, later identified as Israel Garcia, fled from the vehicle.

He ran to the parking lot of St. Luke Memorial Church on Haney Street and attempted to carjack the church van being driven by a clergy member.

Police caught up with the suspect and took him into custody. No one in the van was injured.