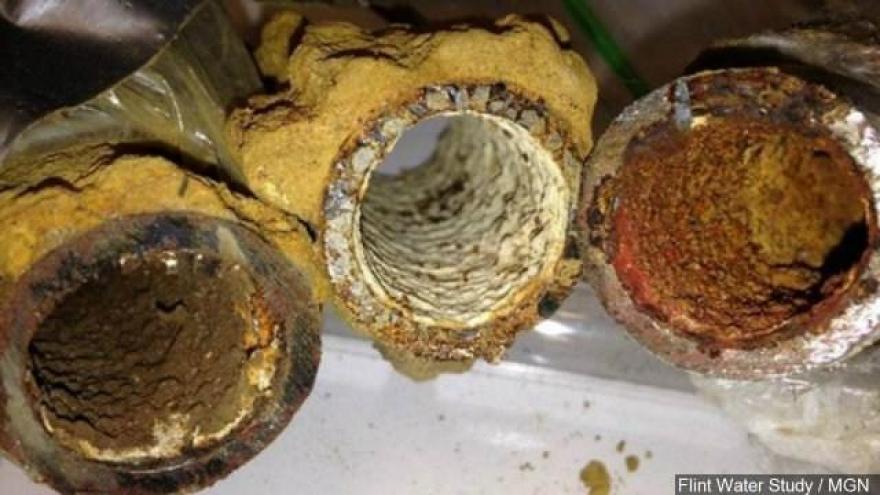 (CNN) -- Thousands of Flint, Michigan, residents who were exposed to high levels of lead in the city's water supply will be getting new faucets free of charge -- the state announced Friday.

In response to the city's ongoing water woes, Michigan has the money available to replace old brass faucets in as many 4,000 homes.

Properties that tested positive for high levels of lead between September, 2015, and December, 2016, will be part of the project's first phase, the state said in a news release.

Selected homes will have a kitchen faucet and one bathroom faucet replaced as early as February 2017.

"One of the things we have learned while testing in schools is that brass faucets and other brass components can be a significant contributor of lead," said George Krisztian, Flint Action Plan Coordinator.

"We believe we can significantly reduce the amount of lead in water by undertaking this initiative."

More homes are under consideration for the second phase of faucet replacements, pending a review of the plumbing within the homes.

Two years ago, in a move to save money, Michigan switched Flint's water supply from Lake Huron to the Flint River, a tributary notorious for its contaminated water.

The state Department of Environmental Quality failed to treat the corrosive water, which ate into the city's iron and lead pipes, causing lead to leach into the drinking water.

The city switched back to the Lake Huron water supply in October 2015. In January, 2016,

the governor declared a state of emergency, one month after the city's mayor did.

Flint has seen improvements in the water quality in parts of the city, but residents are still encouraged to drink filtered or bottled water.

Lead-tainted pipes at 780 homes have been replaced so far, and the city's mayor hopes to have new lines installed at 6,000 more homes in 2017, the city's website says.

The water crisis prompted a criminal investigation and led to several state and city officials being charged. The allegations against them include willful neglect of duty and conspiracy to withhold information from the public about the lead contamination.