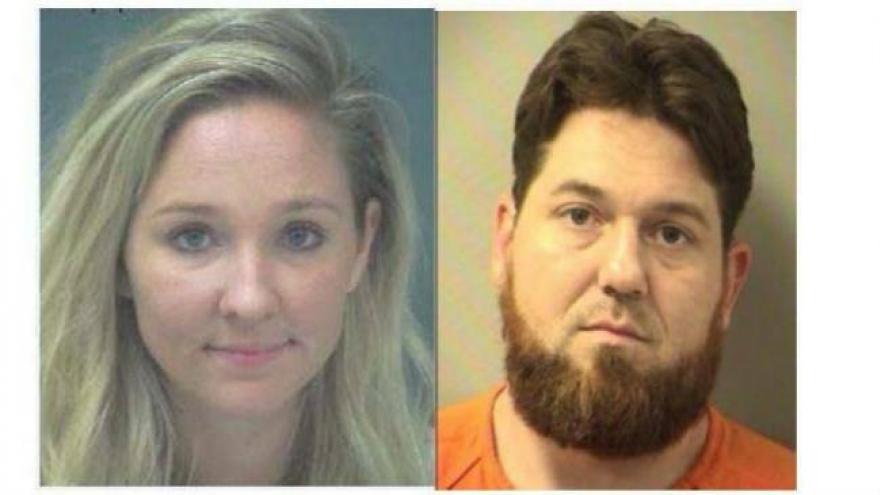 (CNN) -- Two Florida paramedics have been arrested for engaging in a "selfie war" competition by taking pictures with patients under their care.

"Many patients were intubated, sedated, or otherwise unconscious at the time," said Okaloosa County Sheriff Larry Ashley's office Facebook page. "The defendants exchanged texts challenging each other to produce more selfies and to 'step up' their game."

Deputies arrested Kayla Renee Dubois, 24, of Navarre, Thursday and Christopher Wimmer, 33, of Crestview, turned himself in later that day.

Dubois faces two charges of interception and disclosure of oral communications, a felony, and Wimmer faces seven counts of the same charge plus a charge of misdemeanor battery because he allegedly posed while holding open a patient's eyelid.

He also posed with elderly woman with her breast exposed, the sheriff's office said.

Ashley's office started investigating the case in May after getting complaints from other emergency system employees, who had also received the texts with pictures and videos. Investigators identified a total of 41 patients who were props in the game, three of whom apparently gave their permission, the sheriff's office said.

Nineteen of the other patients are female, 17 are male, ranging in age from 24-86, and two have died, the office said.

Dubois was fired and Wimmer resigned on May 20.

The sheriff's office did not immediately return a phone call asking for a more detailed explanation of the Florida charges.