Flu deaths reach epidemic level half way through the season 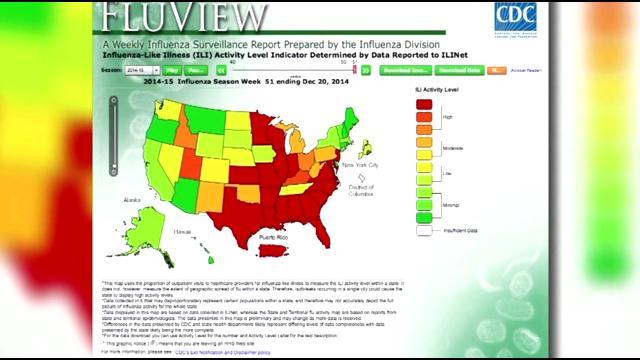 The Centers for Disease Control and Prevention is reporting the numbers of flu like illnesses approaching peak levels across the nation. In Indiana it is just as dangerous for Hoosiers and in some cases even deadly.

According to the Indiana state department of health, close to 40 percent of Hoosiers between the ages of five and 24 had flu like illnesses during the last week of 2014.

Deaths associated with the flu are happening mostly with those 65 years and older. So far, the Indiana State Department of Health reports 36 flu related deaths for the state during the 2014-2015 season.

Flu season typically lasts until March and the CDC says February is the most active month for the flu.

There are simple ways to fight the flu, like washing your hands, staying home if you are felling sick, and getting a flu vaccine.

According to the CDC either the flu shot or the nasal spray flu vaccine is the best way for all ages to reduce the chances of getting seasonal flu and spreading it to others.

Michael Jhung, a representative from the CDC says a specific type of virus is being seen more this year

“The most common virus that we're seeing this year is this h3n2 virus. When we've seen h3n2 predominate in previous seasons, we've seen relatively severe seasons. So it's possible we could have a severe season again this year," says Jhung.

Visitors younger than 18 or anyone showing signs of illness are restricted from visiting patients at the hospital for the time being.