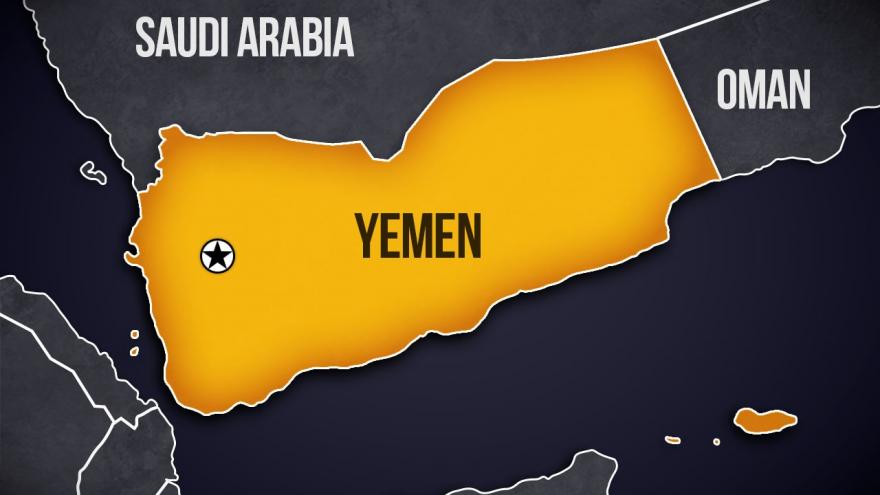 (CNN) -- A critically needed shipment of food arrived in war-torn Yemen on Sunday, and more aid is on the way.

This is the first shipment of food to arrive since Saudi Arabia imposed a blockade of the country in early November.

A commercial ship, owned by a Yemeni businessman, carrying 5,500 tons of flour arrived at Yemen's Hodeida port on Sunday, according to the pro-Houthi Yemen Defense Ministry in the country's capital, Sanaa.

Separately, a UN World Food Programme vessel carrying 25,000 tons of wheat flour is expected to arrive at the al-Saleef port in Yemen on Monday, according to Abeer Etefa, senior regional communications officer for WFP.

The arrival of food aid on Sunday follows Saturday's arrival of aid workers and vaccines.

"To feed the 7 million people suffering severe famine, we need this kind of access on a regular basis, as we had before November 5," Etefa said. "We are hoping that commercial ships carrying food will also be allowed access to Yemen's ports soon, as the country imports 90% of its food and this is the only way to end the famine."

A plane carrying eight aid workers with the International Committee of the Red Cross also landed Saturday in Sanaa, a spokeswoman said.

"Today is a very good day, and we are very pleased," Iolanda Jacquemet said. "But there will be no relief for the 27 million people of Yemen until commercial goods are allowed in the country."

Ships carrying food, chlorine tablets for drinking water, and medical supplies to support the prevention and treatment of acute watery diarrhea and cholera, are also on their way to Yemen, said Geert Cappelaere, UNICEF regional director for the Middle East and North Africa.

In a press conference on Sunday, Cappelaere also said that more vaccines are needed:

"More vaccines are needed urgently to prevent and treat diphtheria. More vaccines are equally needed for our routine immunization. Unfortunately, the vaccines stocks, despite the 1.9 million that we delivered yesterday, are running out, vaccine stocks are depleted."

Wracked by civil war since 2015, Yemen is now largely split between Iranian-backed Houthi rebels and an internationally recognized government supported by the Saudis.

Early this month, a missile launched from Yemen was intercepted over the skies of the Saudi capital, Riyadh. The missile caused no casualties or known damage, but it rattled the region politically, and the blockade was imposed shortly thereafter.

The closures cut off UN-supervised relief supplies and led to severe shortages of food and medicine. Before the crisis began, between 80% and 90% of food imports entered through the port at Hodeida and Sanaa's airport, according to Jens Laerke, for the UN's Office for the Coordination of Humanitarian Affairs.

Facing international pressure, Saudi Arabia's permanent representative to the UN announced on November 13 that his nation would reopen government-controlled ports and airports within 24 hours to humanitarian shipments. Two days later, the Saudi-led coalition announced it would reopen the Sanaa airport and the key port of Hodeida for humanitarian purposes the next day.

The United States -- which conducted its most recent airstrikes in Yemen on Sunday and Monday in support of the Saudi-led coalition, according to Pentagon spokesman Eric Pahon -- welcomed news that the blockade had been lifted.

"We look forward to additional steps that will facilitate the unfettered flow of humanitarian and commercial goods from all ports of entry to the points of need," the White House said. "The magnitude of suffering in Yemen requires all parties to this conflict to focus on assistance to those in need."

Stocks of vaccines have run low in Yemen, where a child dies every 10 minutes of preventable causes, according to UNICEF. They also estimate that more than 11 million Yemeni children are in acute need of humanitarian assistance.

The country also faces one of the world's worst cholera outbreaks in modern history. There have been more than 900,000 suspected cases of cholera in Yemen since late April, many of them in children, and more than 2,000 people have died from it, according to the World Health Organization.

More than 8,600 people died and nearly 50,000 others were injured between the start of Yemen's civil war in March 2015 and mid-September of this year, according to WHO. More than half the country's medical facilities have closed, cutting off much of the population from essential health care.