Footprints in the snow lead police to bank robbery suspect 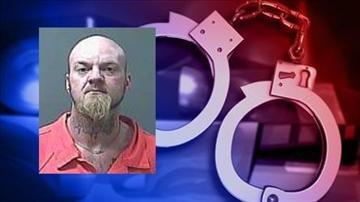 LAPORTE, Ind. – A bank robbery suspect within minutes of the robbery after police followed his footprints in the snow, according to LaPorte Police.

The robbery happened at approximately 11 a.m. at the Fifth Third Bank.

Victims said the suspect approached a teller, passed her a note demanding money. He did not display a weapon but kept his right hand in his pocket, according to police.

The teller gave the suspect money and he left the bank. He was last seen going south on Monroe Street.

Police followed the suspect’s footprints in the snow to the 500 block of Maple Avenue.

While viewing bank surveillance video, police identified the suspect as 32-year-old Ryan Mounts of 505 Maple Avenue, LaPorte, through past dealings with Mounts.

Mounts was taken into custody at his residence without incident.

He is facing one count of robbery.