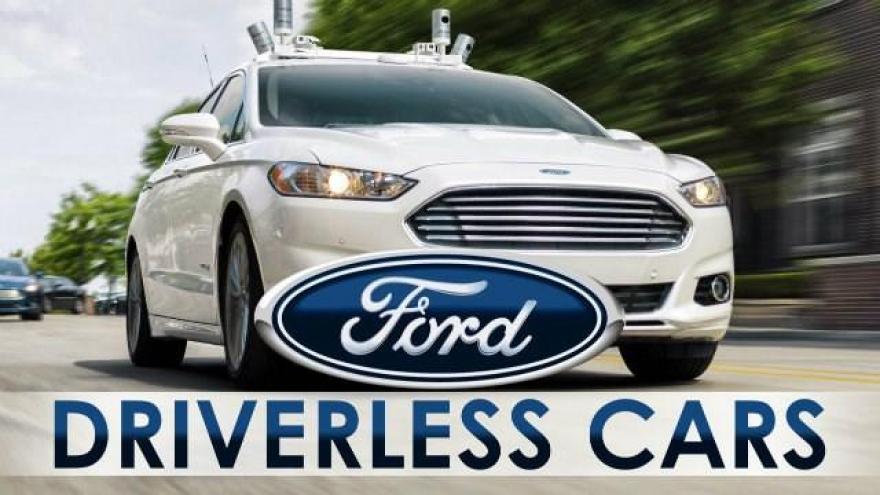 WASHINGTON (CNNMoney) -- The race to build a self-driving car keeps getting more intense -- and expensive.

Ford announced Friday afternoon it would invest $1 billion over five years in a previously unheard of startup. Argo AI, led by Google and Uber veterans, will combine with Ford's existing team to develop a fully self-driving car.

It's the latest high-priced investment that a major company has made in self-driving car engineers.

Almost a year ago, General Motors spent $1 billion to acquire Cruise Automation. And last August, Uber spent $680 million on Otto, a self-driving car startup led by former Google engineers that hadn't even existed a year before.

Argo AI is a startup that hadn't even been publicly announced. And Ford hasn't acquired all of the startup, it's only the majority stockholder. Argo AI engineers will have equity in the company, which should help it attract talent. It plans to have 200 employees by year's end.

Experts have long warned that legacy automakers such as Ford risk being disrupted by tech companies like Google. Tech companies have the software expertise that is necessary to build a safe self-driving car.

The doomsday scenario for automakers is to turn into Nokia, which was a global leader in cell phones -- until Apple unveiled the iPhone. Nokia wasn't able to keep up during the smartphone revolution and watched as SiIlicon Valley titans Apple and Google sucked up their profits.

Ford is clearly willing to spend a lot of money to avoid such a fate.