Forecasters: Isaac could pound 2 feet of rain on Louisiana 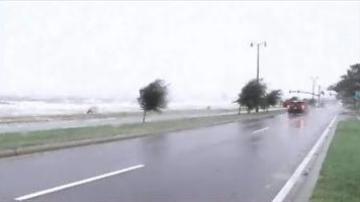 NEW ORLEANS -- Crews are going door to door warning people to get out in a handful of towns in Louisiana.

Isaac could dump two feet of rain on some areas and rivers are expected to raise by 14 feet nearly a million homes and businesses are without power and the number of tornadoes reported has now jumped from five to seven in Alabama and Mississippi.

Officials have ordered 2,000 people to evacuate out of towns and as for how bad the damage is, they’re anxiously waiting for daylight.

President Obama has already signed disaster declarations for hard- hit areas, because of the flooding. Dozens of families had to be rescued by boats, many had climbed to rooftops and attics.

Search and rescue missions are still ongoing and forecasters said the storm should weaken and become a tropical depression later Thursday.