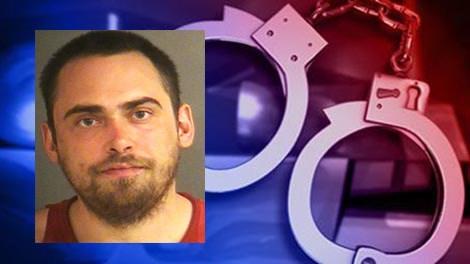 The St. Joseph County Prosecutor's Office has filed charges against Joshua Prior for killing a domestic animal, cruelty to an animal and domestic violence animal cruelty in the death of his father's terrier named Minnie.

The South Bend Police Department was dispatched to a home in the 100 block of E. Woodside Street.

When officers arrived, they spoke with the homeowner, 64-year-old George Prior.

The homeowner told police his son was on some sort of pills and out of control, according to the probable cause affidavit.

George said he refused to give Joshua the second $20 and Joshua began screaming at him, reports said.

Joshua allegedly said "Shut the [expletive deleted] up or I'll kill you."

Joshua allegedly picked up a boat oar and beat the dog to death.

George told police Joshua stopped and looked at George and said, "You wanna see how irate I can get?"

When officers arrived on scene, Joshua had already left.

He was later located and arrested.

George and Jocylene Prior told police they are scared of Joshua.

Joshua is currently on probation for a battery that resulted in serious injuries to George Prior, according to the probable cause affidavit.

He will be arraigned on Friday.