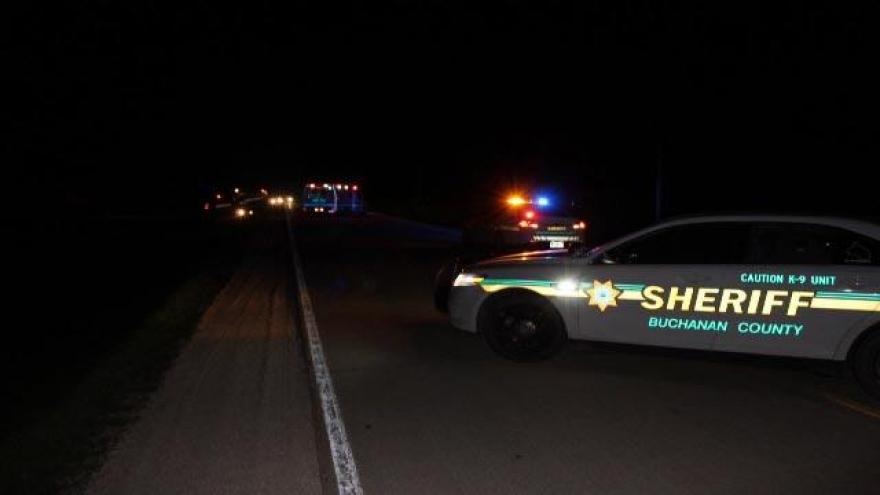 BUCHANAN COUNTY, Iowa -- (ABC NEWS) Chris Soules, former star of The Bachelor, has been arrested for leaving the scene of a deadly crash, according to the Buchanan County Sheriff's Office.

Monday at approximately 8:20 pm, the sheriff's office received a 911 call about a vehicle crash in the 1000 block of Slater Avenue, north of Aurora.

The Iowa State Patrol says a pickup truck rear ended a tractor driving southbound on Slater, according to KCRG.

The tractor and the truck went into separate ditches.

The person on the tractor was killed.