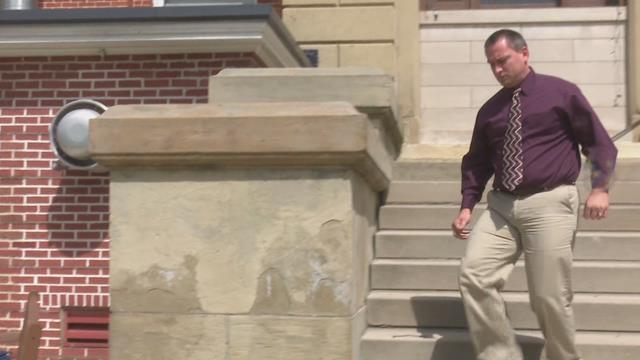 On Thursday a former middle school teacher and wrestling coach pleaded guilty to voyeurism and child exploitation in an Elkhart County courtroom.

He was charged back in December of 2014.

His case has been in the system for a while but today’s guilty plea sped up the process.

Just a couple hours ago, Iannarelli had little to say after he walked out of Elkhart County court.

Inside he pleaded guilty to seven counts of vicarious sexual gratification, voyeurism and child exploitation.

Iannarelli is a former teacher and wrestling coach at Elkhart’s West Side Middle School and that where those crimes took place.

If the judge accepts his plea he could serve 15 years in prison.

Before sentencing Iannarelli will have a psycho-sexual assessment completed.

Because of that assessment sentencing is set for August 18th.