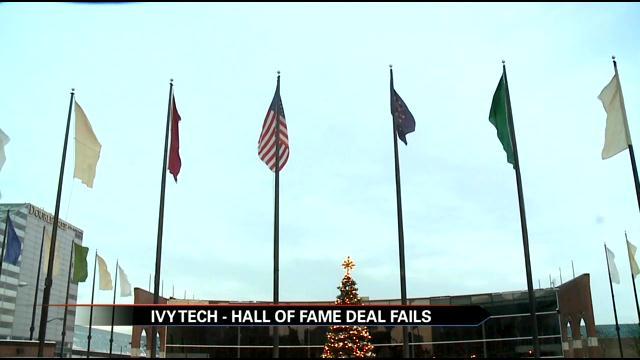 It's been just over two years since downtown's College Football Hall of Fame closed its doors. And now, the vacant building is back on the market after an agreement between the city of South Bend and Ivy Tech Community College fell through.

"Perhaps this wasn't the right facility for it, there was a number of logistical difficulties with being located in that facility," says Scott Ford, the executive director of community investments for the city of South Bend.

But city officials aren't worried about the failed agreement.  In fact, they've got a much better outlook now than they had two years ago when the Hall of Fame initially shut its doors. That's because since the Hall of Fame closed, the downtown area has seen a boom in business, with more restaurants and retailers filling some of the other vacant locations.

"It's an opportunity for us to perhaps take a more hands on role in the future redevelopments," says Ford.

Officials say they have a couple ideas at this point in how to fill that space, but are still open to any ideas.