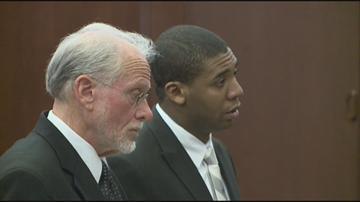 NILES, Mich. – Former Niles police officer Ivery Cross has changed his mind about going to trial, after he already pleaded guilty and is in jail.

Cross filed a motion to withdraw his plea on Tuesday and will appear before Judge Scott Schofield on January 19th at 8:30 a.m.

Cross was sentenced to jail after he pleaded guilty to all counts of sex crimes and misconduct while in office in April of this year.
In an interrogation video obtained by ABC 57 Cross said he sexually assaulted a teen who
Cross arrested for marijuana possession on St. Patrick’s Day.
Cross’s most recent motion was filed by a new attorney, Anastase Markou, from Levine & Levine Attorneys at Law from Kalamazoo, Michigan.
Berrien County Prosecutor Art Cotter said on Thursday that the motion was most likely filed because Cross was unhappy with his prior representation.
Share this article: