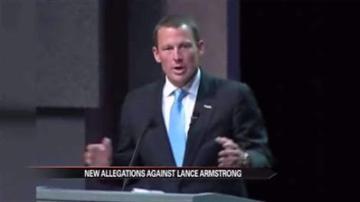 There are new allegations against Lance Armstrong.

U.S. Anti-Doping Agency officials said that one of his representatives tried to donate $250,000 to the program before it launched an investigation against Armstrong.

The investigation eventually led to the cyclists being stripped of his seven Tour de France victories.