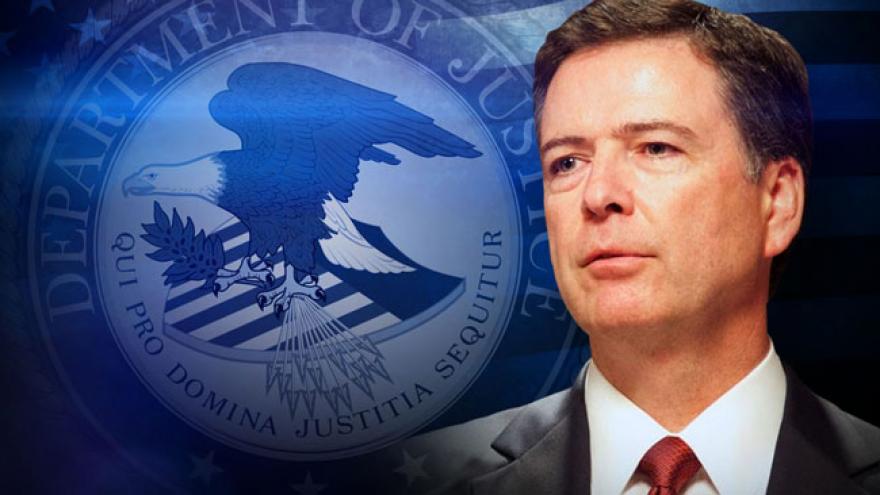 The Senate Intelligence Committee has released former FBI Director James Comey's statement ahead of his testimony on Thursday.

In the seven page statement, Comey says he first met with Trump on January 6 and briefed him on 'salacious and unverified' material. He said the intelligence community knew the material was going to be released by the press and wanted the president-elect to be notified. He said the IC also wanted to do a defensive briefing in case there was an effort to compromise an incoming president.

Comey stated immediately after the meeting he began typing up a memo of the conversation on a laptop in an FBI vehicle. He said this became his standard practice after every conversation with the president.

He added he had not done this with President Barack Obama. He said he spoke to Obama once about law enforcement policy issues and once to say goodbye at the end of Obama's term.

The statement also gives a detailed briefing of the one-on-one dinner Comey had with President Trump on January 27, when Trump told Comey, "I need loyalty, I expect loyalty."

Comey said he never promised loyalty, but promised to always be honest with President Trump.

During a meeting on February 14, Comey said President Trump spoke with him about Mike Flynn and said, "I hope you can see your way clear to letting this go, to letting Flynn go."

Comey wrote he believed the President was asking him to drop any investigation of Flynn in connection with false statements regarding conversations with the Russian ambassador. He did not interpret it to ask him to stop investigating the broader investigation of Russia or links to his campaign.

He spoke with FBI leadership and the request was not passed along to those conducting the investigation.

On March 30, Comey received a phone call from President Trump where he asked Comey what Comey could do to 'lift the cloud' that was 'impairing his ability to act on behalf of the country.' He also requested Comey find a way to notify the public the FBI was not investigating President Trump.

On April 11, Comey received another phone call from President Trump where he again requested Comey to let the public know Trump was not under investigation. Comey told the president he should contact the Acting Deputy Attorney General and make that request.