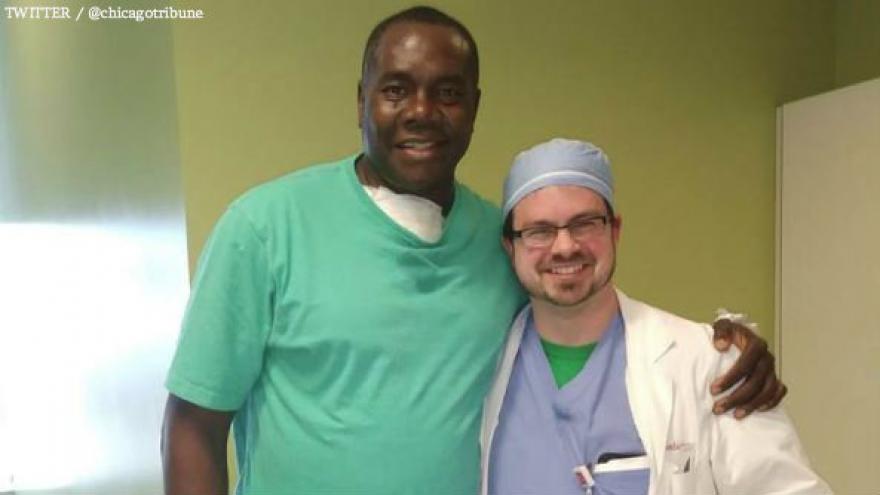 CHAMPAIGN, Ill. (AP) — A former basketball captain for the University of Illinois is recovering after being shot in the face.

Andy Kpedi was shot April 16 by a former tenant being evicted from a property Kpedi manages, The Chicago Tribune reported.

Kpedi said he had offered the man a discount on rent because he was struggling financially.

The shooting occurred when Kpedi met the man after he issued the eviction notice to collect money for owed rent.

"There was blood all over my hands," he said. "I didn't know if my face had been blown off. I had no idea. I knew I was having a hard time breathing. I was just thinking about my family and whether I was going to die."

Kpedi underwent surgery and spent nine days at an Indianapolis hospital. He was released last week.

One bullet pierced his right cheek and another is still lodged in his left shoulder. He said part of his face is still numb and that doctors advised he rest.

The suspect has yet to be apprehended, Indianapolis police said. He faces charges of attempted murder and aggravated battery.

Kpedi played for Illinois at Urbana-Champaign from 1989 to 1991. He said he has received an outpouring of support from former teammates and coaches.

Kpedi has always been a generous person, said Deon Thomas, a former teammate.

"To hear of something like that happening to him was scary," Thomas said. "I hope this doesn't change him from that because the world is better when you have people like Andy Kpedi. I'm sure Andy is not going to miss a beat."

Kpedi said he has focused on staying positive and that he doesn't "want to allow somebody like that to change me."