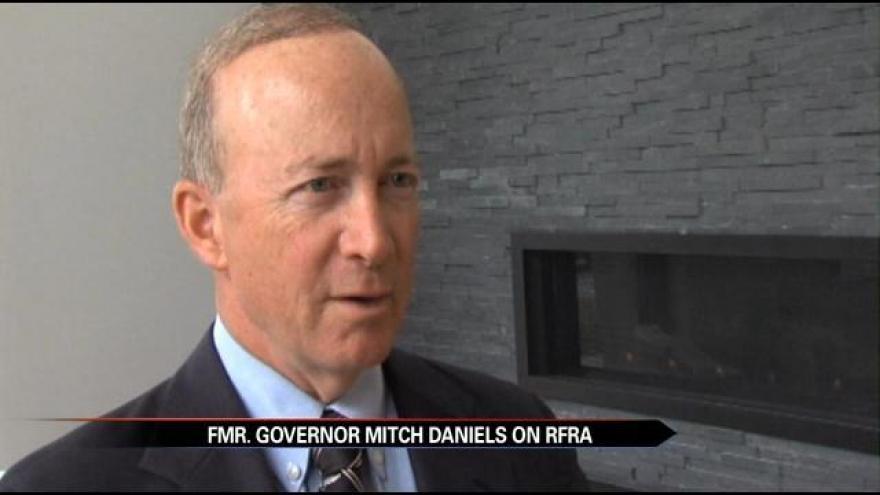 When speaking, he was cautious.

Daniels said he didn't want to comment on the law itself or how it was handled.

Daniels did say, however, he thinks people should refrain from being too quick in jumping to conclusions on the potential economic impact.

He argued the Hoosier state is doing plenty right and remains competitive.

But he added, the state's perception after passage of the revised RFRA does matter.

"When people make big decisions--where are we going to put this factory, where are we going to put this headquarters--they're looking at what are your taxes, do you have crazy regulations or sensible ones, do you have an out-of-control litigation climate or not? Do you have a lot of infrastructure to get our materials in and our products out or not? And on and on and on, Indiana checks all of those boxes," said Daniels.