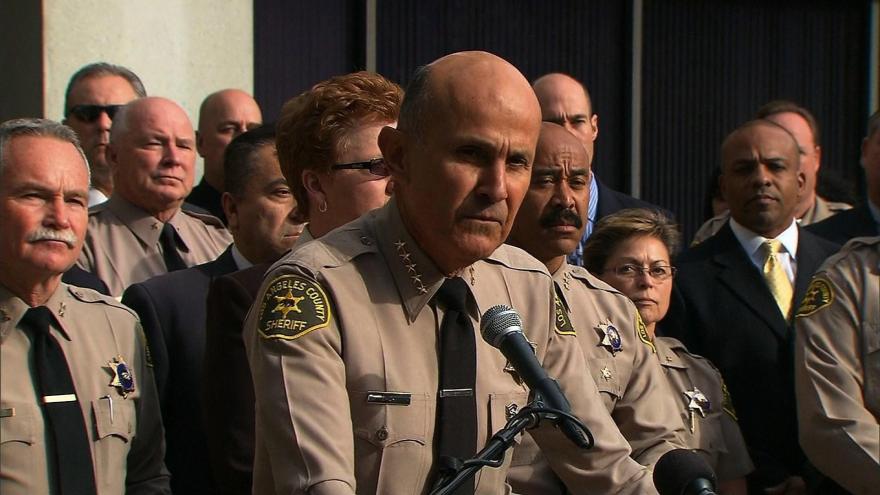 (CNN) -- Former Los Angeles County Sheriff Lee Baca was sentenced Friday to three years in prison for obstructing a federal investigation into corruption and civil rights violations at the jail that Baca supervised.

Baca was accused of lying to federal prosecutors and the FBI about efforts by deputies under his control to hide a jail inmate who was cooperating with the federal corruption probe.

Baca also ordered a criminal investigation of FBI agents conducting the investigation, according to a statement from the US Attorney's office.

US District Court Judge Percy Anderson said he would have sentenced him to a longer sentence except for Baca's medical condition and long public service, the statement said.

The Los Angeles Times reported that Baca, 74, is in the early stages of Alzheimer's disease.

"Blind obedience to a corrupt culture has serious consequences," Anderson said, according to the US attorney's statement.

Baca's lawyer, Nathan Hochman, argued that because of his medical condition, Baca should be sentenced to house arrest and ordered to perform community service, the LA Times reported.

Baca retired in 2014. Baca and his lawyers reached an agreement with prosecutors in February 2016 for Baca to plead guilty to "making false statements to federal investigators" with a possible sentence of zero to six months.

The judge rejected the deal because it was too lenient, Thom Mrozek at the US attorney's office said.

In March, a jury convicted Baca of conspiracy to obstruct justice, obstruction of justice and making false statement to federal investigators. He is supposed to begin serving his sentence by July 25.

The US attorney's office said Baca was the 10th member of the sheriff's department convicted in the obstruction scheme. Former Undersheriff Paul Tanaka was sentenced to five years in federal prison.

The US attorney's statement said 11 other ex-deputies have been convicted on federal charges, mostly related to beatings of inmates and coverups.

"I remain confident in the justice system and how law enforcement and its leadership are held accountable to the laws of our country and to the people we are entrusted to serve. The trials and the resulting convictions have been difficult for the men and women of the Sheriff's Department who have always worked with integrity and continue to serve the public with honor."

"Rather than fulfill his sworn duty to uphold the law and protect the public, Lee Baca made a decision to protect what he viewed as his empire, and then he took actions in an effort to simply protect himself," Acting US Attorney Sandra R. Brown said.