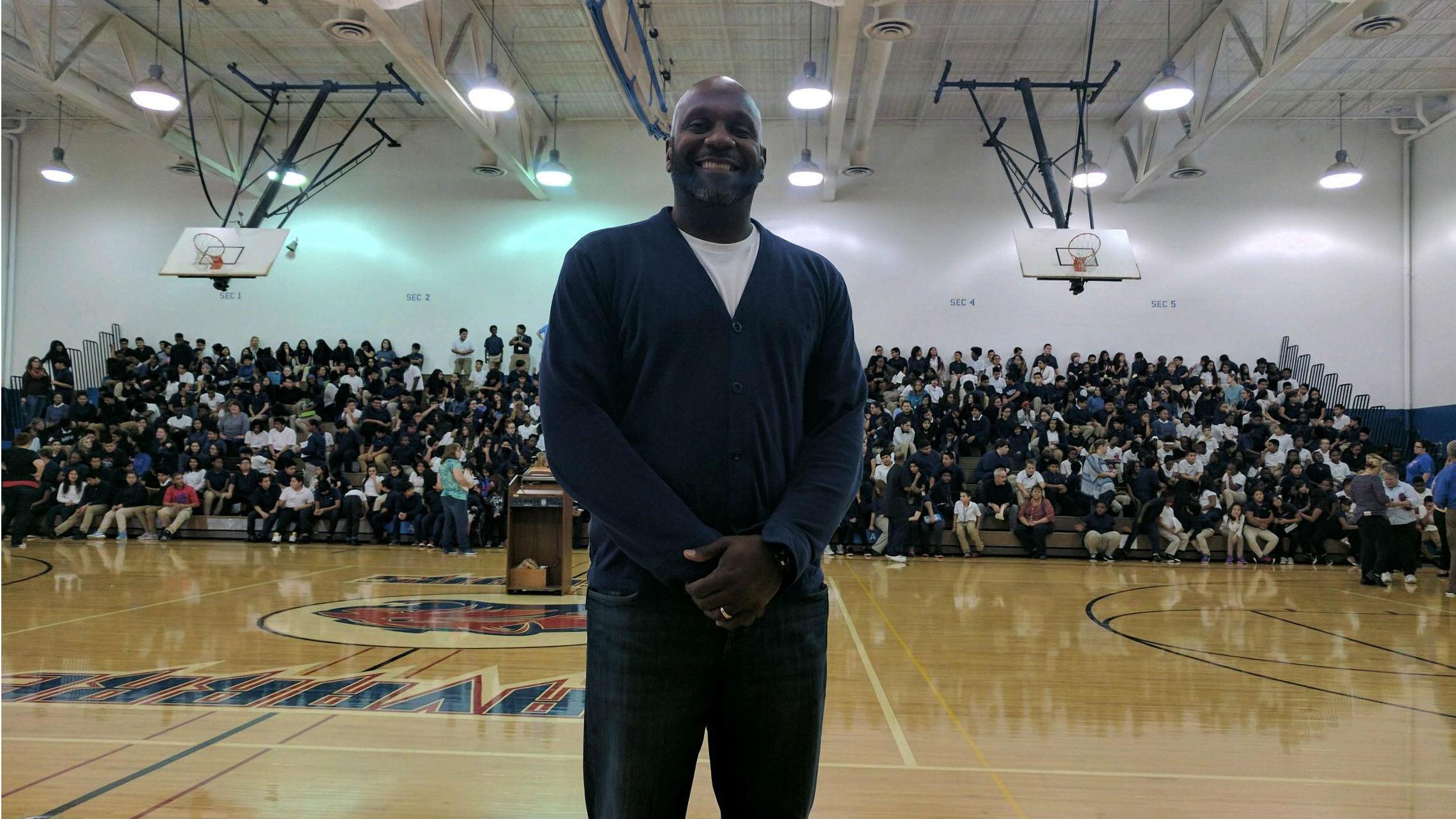 A former NBA player, Michael Morrison, stopped at Navarre Intermediate Center Thursday afternoon to speak to the students about life developments and his life story.

Morrison is a Sports World Motivational Youth Speaker and former Shooting Guard for the Phoenix Suns. He attended Loyola University in Maryland before playing for the Suns from 1989 to 1990.

Morrison spoke to pre-teens there about life issues he says are relevant to students such as identity, academic excellence, and respectful relationships.

Morrison used his past run-ins with the law as an example of how to never use excuses if you want to succeed. He says all people have a chance if they want it.

“If you really want to make the people that are helping you proud, unlock and achieve your greatness,” said Morrison.

Morrison spoke to the students for about 40 minutes before leaving Navarre Intermediate.