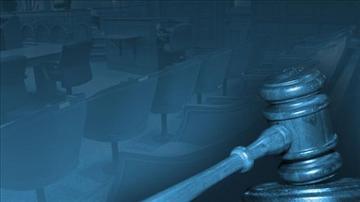 SOUTH BEND, Ind. – Former Notre Dame Football Coach Corwin Brown appeared in court on Wednesday over a seven hour standoff in August where he shot himself in the stomach associated with a domestic dispute.

Brown was accompanied by his wife on Wednesday and was seen smiling in the waiting area of the courthouse after appearing before the judge.

On Wednesday the judge appointed two doctors to conduct examinations regarding the incident
Psychiatrist George Parker from Indiana University School of Medicine and Psychologist Warren Sibilla who practices in South Bend will conduct the examinations.
Another status update was set for Wednesday, March 4th.
Brown is being charged with confinement and domestic battery.
Share this article: