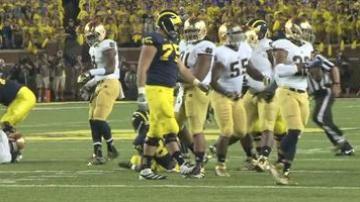 Outside Linebacker Prince Shembo was drafted in the fourth round by the Atlanta Falcons.

Cornerback Bennett Jackson was drafted by the New York Giants.