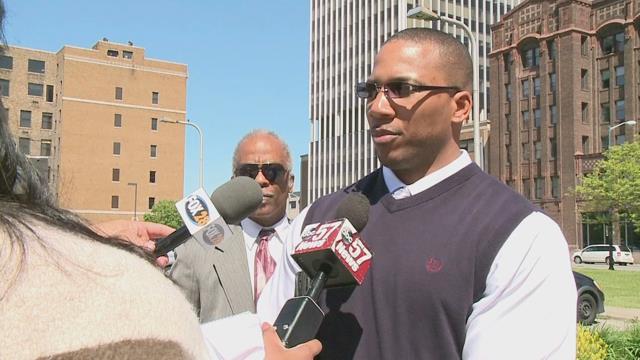 The former South Bend Police Officer who pleaded guilty to striking a man in custody in May 2010 was sentenced on Thursday.

Theodore Robert was sentenced to one year of probation with eight months of it to be served on home detention.

In court, Robert apologized for his actions, "If you look at my history and my life you'll see what happened in jail was not me."

He also told the judge he took responsibility for his actions.

Roberts pleaded guilty to the federal charges in February.