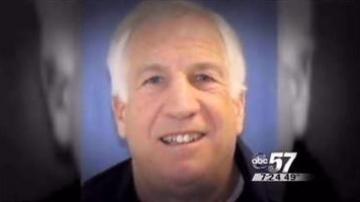 ALTOONA, Pa.-- Former Penn State assistant football coach, Jerry Sandusky, briefly appeared in court this morning, but the judge said that court would be postponed until The Grand Jury investigation is over.

The Judge also said that deliberations would be too premature, after Sandusky's lawyer called for the charges of sexual abuse to be dropped.

Sandusky faces more than 52 counts involving sexual acts with 10 boys dating back to 1994.

Sandusky has pleaded not guilty and remains under house arrest until his trial begins on June 5.