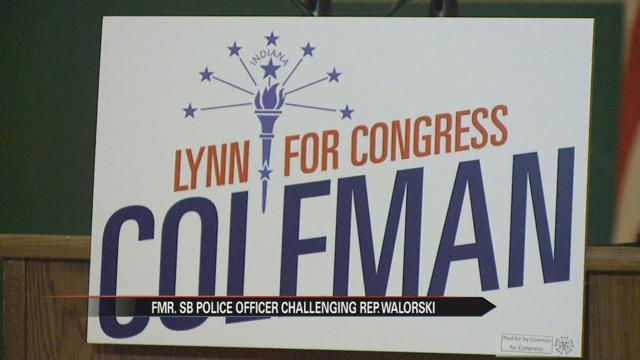 Lynn Coleman was a police officer for more than 20 years.

His campaign kickoff was at the Charles Martin Youth Center.

South Bend Mayor Pete Buttigieg and Senator Joe Donnelly were on hand for the announcement.

As a police officer, Coleman worked in the special operations section to fight gangs in South Bend.

He was also the special assistant to former South Bend Mayor Steve Luecke for 12 years.

He now works at Memorial Hospital where he assists victims of violent crimes.