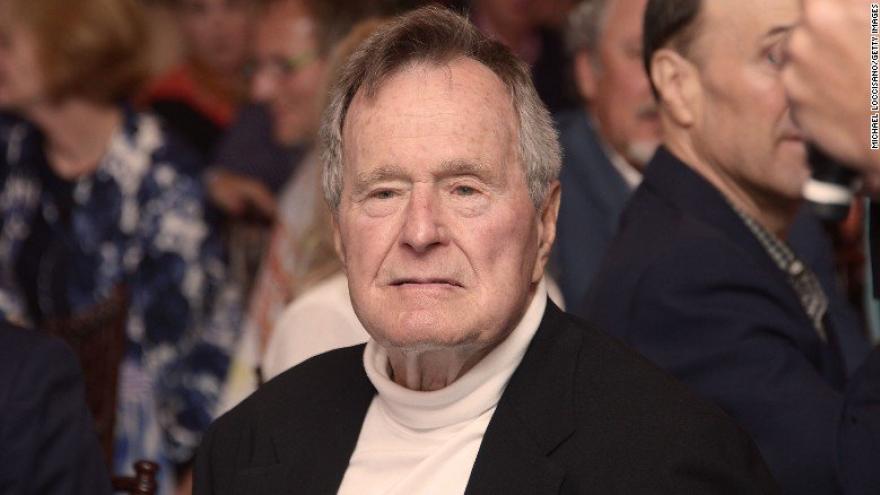 "President Bush was admitted to the Houston Methodist Hospital yesterday morning after contracting an infection that spread to his blood. He is responding to treatments and appears to be recovering. We will issue additional updates as events warrant," spokesman Jim McGrath said in a statement.

Bush, 93, was admitted to the hospital on Sunday morning with an infection that led to sepsis, which can be life-threatening, according to a source close to the former Republican President. He was in critical condition, the source said.

The source added that Bush's blood pressure kept dropping and a couple of times there was serious concern about whether he was going to come through, but that he had been stabilized.

But with Bush's age, his health and with this infection, this is very serious, the source explained.

Bush revealed several years ago he suffers from a form of Parkinson's disease, which has left him unable to walk, so he gets around either in a wheelchair or a scooter.

The former President's hospitalization is especially upsetting for his family because it follows so closely on the death of his wife of 73 years last Tuesday. The family had been worried about how he would deal with her death and such an emotional week, according to the source.

"Right after a big loss -- certainly like he has had -- there is some data that shows that some people can develop problems with immunity and become more susceptible to infections," CNN chief medical correspondent Dr. Sanjay Gupta said. "Infections they otherwise would have been able to fight become more serious."

The day after his wife's death, the former President paid tribute to her in a statement.

"I always knew Barbara was the most beloved woman in the world, and in fact I used to tease her that I had a complex relationship about that fact. But the truth is the outpouring of love and friendship being directed at The Enforcer is lifting us all up," he said, using her nickname. "We have faith she is in heaven, and we know that life will go on -- as she would have it. So cross the Bushes off your worry list."