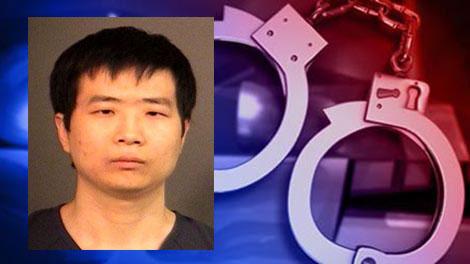 A former University of Notre Dame student was sentenced on possession of child pornography charges.

Yuzhang Cui, 26, was sentenced to 30 months in prison on two counts of possession of child pornography. As part of a plea agreement, a count of child exploitation was dismissed.

The St. Joseph County Prosecutor's Office says the plea agreement was reached because Cui agreed to share decryption keys with the cybercrimes unit.

An investigator downloaded child pornography from an IP address that was determined to be registered to the University of Notre Dame.

Through search warrants, investigators determined the account associated with the IP address belonged to 26-year-old Yuzhang Cui, a graduate student.

Cui was expelled from the university and will be deported after he has served his sentence.