Former student with a gun prompts lockdown at Dowagiac schools 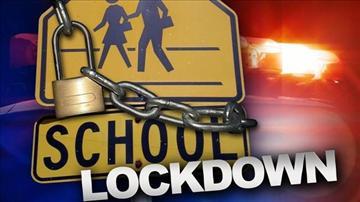 DOWAGIAC, Mich. — Police say a 13-year-old former student shot himself near the middle school in Dowagiac.

According to police, a janitor saw the 14-year-old with a gun and told the principal.

A perimeter was set up near the school and the suspected gunman was seen walking through the wooded area east of the school.

All Dowagiac schools were put on lockdown.

Police heard gun shots and later found the suspect with a gunshot wound.

Until the investigation is done, schools will remain closed for the day.

The teen, Darren James Price, died at the hospital.