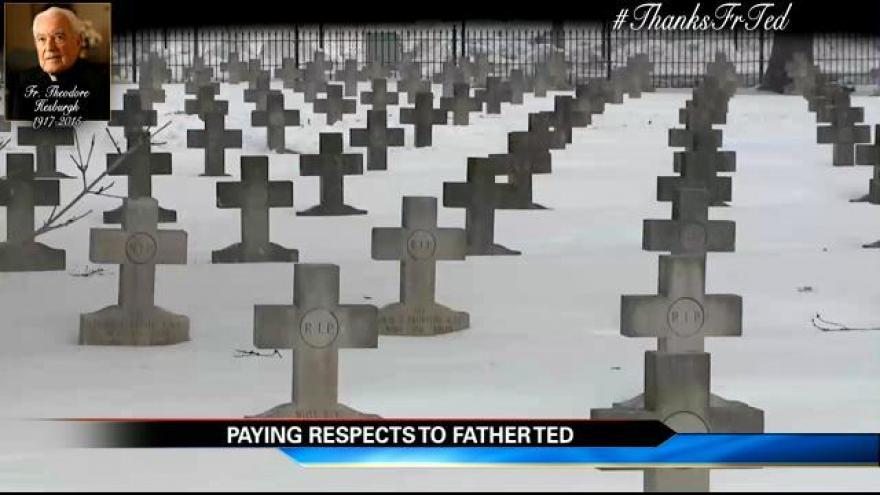 A day after Father Theodore Hesburgh was laid to rest, folks from across the country traveled to Holy Cross Cemetery to pay their respects.

Cars continued to pull up to the cemetery Thursday, with friends coming to say silent prayers and final goodbyes to Notre Dame's former president.

Paul Fries graduated from Notre Dame in in 1969 and drove from Chicago to visit Hesburgh's final resting place.


Fries vividly remembers meeting with Hesburgh as a student.

"I went into his office, asked him things. 'What is this on your desk? This photo? Where did you get this medallion?' He was a little embarrassed but he would explain it," Fries said.

"He didn't rule by dictate. He allowed things to flow, and he was open-minded about things," said Fries.

Hesburgh helped him through his divorce, and inspired him to do the right thing.


"He was my best friend next to my parents," said McMurtrie.

McMurtrie said there will never be anyone like Father Ted.


"It's a loss that's eaten half of my heart. I will miss him," said McMurtrie.