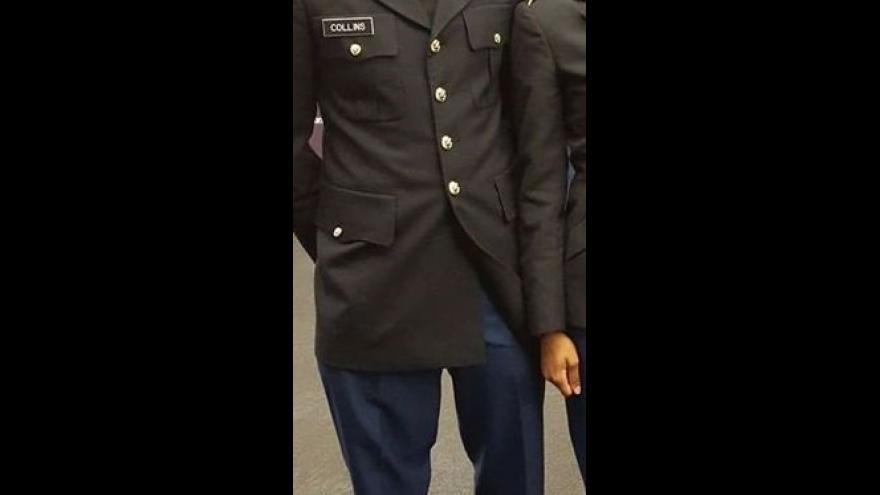 (CNN) -- A grand jury on Tuesday indicted a white former University of Maryland college student on a hate crime charge in the stabbing death of a black US Army lieutenant, authorities said.

Sean Christopher Urbanski, 22, of Severna Park, is accused of killing Richard Collins III in the predawn hours of May 20 at a campus bus stop. Collins attended nearby Bowie State University.

Urbanski was a member of a Facebook group called "Alt-Reich," which spews hatred toward minorities and "especially African-Americans," police said at the time.

Collins "was killed because of his race," Angela D. Alsobrooks, state's attorney for Prince George's County, said declining to release specific details about the evidence that led the grand jury to hand down the indictment on the hate crime resulting in death charge.

"There was lots of digital evidence that we could look at to get a sense for the motive in this case," Alsobrooks said.

She added: "It came from his phone, computer ....There was some activity on Facebook."

Collins, 23, been recently commissioned as a second lieutenant, and was three days away from graduating. He was posthumously awarded his degree.

Collins and Urbanski did not know each other, officials said.

"It is our great hope that we will bring peace and healing to the family in this case," Alsobrooks said.

The University of Maryland, in a statement, said the "Collins family remains in our thoughts, following their tragic loss last May."

"This is especially true today as the prosecution of this senseless crime moves through the criminal justice system," the university said.

Bowie State said: "While it is encouraging to see progress being made in the criminal case, we continue to reflect on the precious life lost."

Police said Urbanski yelled bizarre commands at Collins, who was with friends on the Maryland campus, witnesses told police. "He said to the victim, 'Step left if you know what's good for you,'" witnesses said, according to University of Maryland police Chief David Mitchell.

Collins "looked at him puzzled with the other friends and said, 'No,' "Mitchell said.

"It was then that (the suspect) stabbed the victim in the chest," Mitchell said then.

At a May bond hearing, Urbanski's attorney, William C. Brennan Jr., argued his client was intoxicated at the time of the alleged crime.

Brennan could not be reached Tuesday. No one could be reached at Urbanski's home.

Prosecutors plan to see the maximum sentence of life without parole in the murder case. Alsobrooks said Urbanski faces an additional 20-year term if convicted of a hate crime.