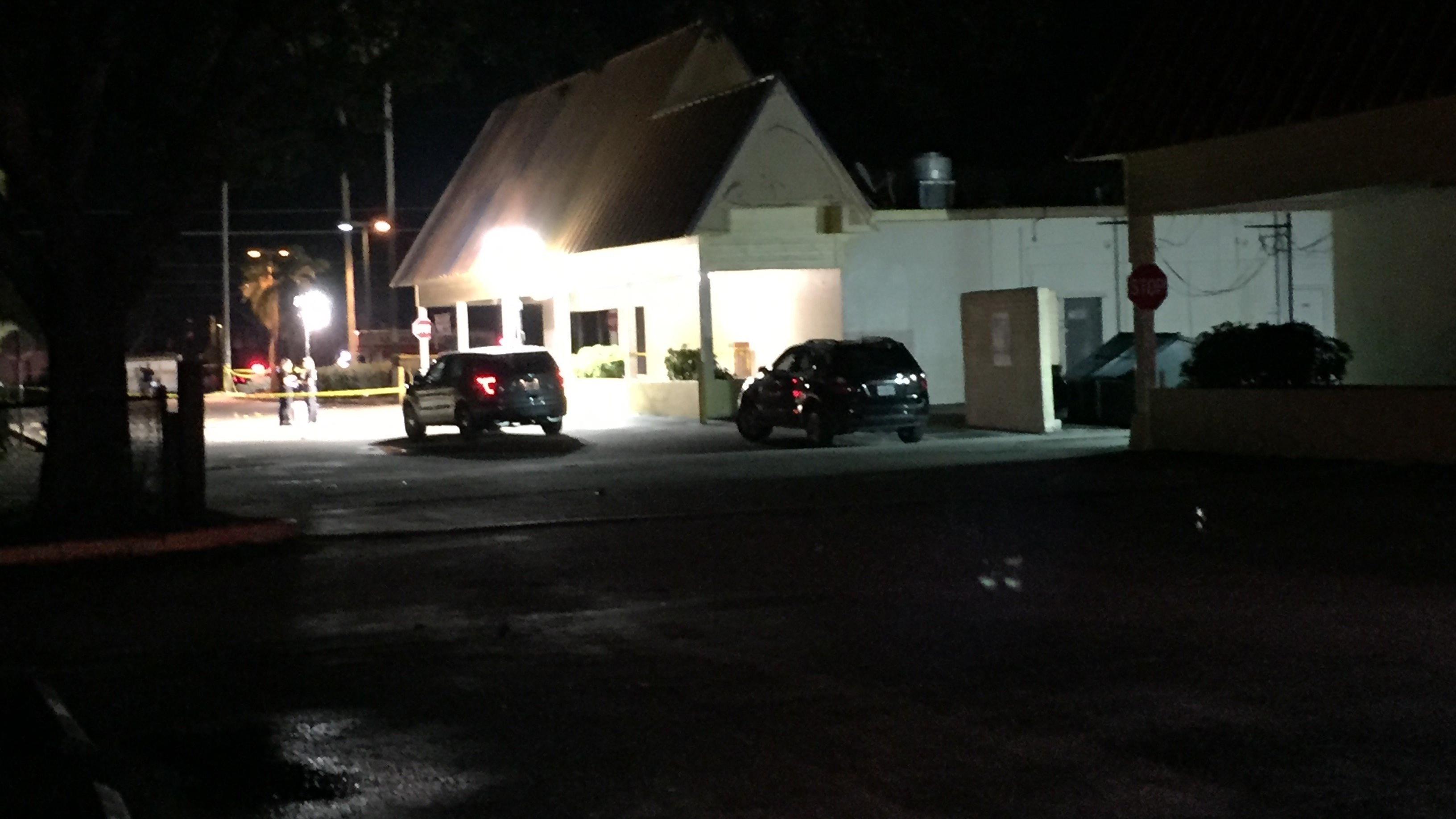 (CNN) -- Two people are dead and at least 14 others injured after a shooting at a Fort Myers, Florida, nightclub, according to Captain Jim Mulligan of the Fort Myers Police.

The shooting took place in the parking lot of Club Blu Bar and Grill, according to CNN affiliate WINK.

Police didn't say how many shots were fired but at least 30 yellow evidence markers were placed placed around the front of the establishment.

Police have detained three people in relation to the incident.

Injuries ranged from minor to life threatening. All victims were transported from the scene by Lee County Emergency Medical Services to area hospitals. Police are working to identify the deceased.

A Facebook flier advertised a "Swimsuit Glow Party" at the club Sunday night. The flier said that no identification would be required to enter, meaning the party was open to all ages.

The call alerting police to the shooting was received at 12.30 a.m.

Investigators and crime scene personnel are continuing to determine what occurred, along with possible motives for the incident.

Police are investigating two other related scenes, one on Ortiz Avenue, where one of the persons of interest has been detained. The other scene is on Parkway Street.

The area is "deemed safe at this time," a police statement said, but Evans Avenue, between Carrell Road and Winkler Ave, has been closed and motorists should take alternate routes.

Gunshots at the Parkway Street scene hit property hit and one person was grazed by a bullet, according to WINK.

An all-out search for people involved in the incident is underway, police said.

The Lee County Sheriff's Office stopped a vehicle that had a suspect in it, Mulligan added, but did not give any additional detail about the stop.