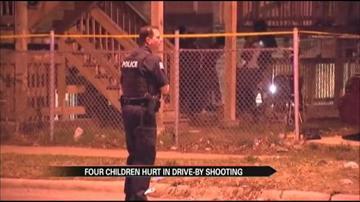 CHICAGO — Chicago police are still looking for a suspect in a drive by shooting over the weekend that injured four children.

Police say the children include three girls and one boy between the ages of 11 and 15 years old.

Two of the children were in serious condition and the other two are critical.

Witnesses say the shooting appears to have stemmed from an argument that started between a group of girls at a playground about a half a block from where the shooting happened.

Witnesses say this is not the first time this has happened.