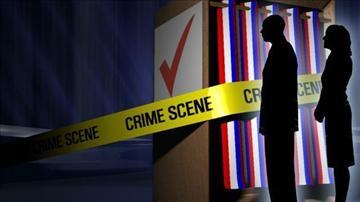 Prosecutors said there was a formal investigation about signatures on the ballots for Indiana's 2008 Presidental primary election.

Prosecutors said that those charged forged ballots for both Hillary Clinton and Barak Obama. You can review the criminal information documents attached for details.

Indiana State Police conducted the investigation and on Monday, the following people were charged in connection with the incidents that occurred:

63-year-old Butch Morgan was charged with:

According to police, Morgan is not currently in custody and has not previously been arrested. No mugshot is available at this time.

62-year-old Pam Brunette was charged with:

38-year-old Dustin Blythe has been charged with:

63-year-old Beverly D. Shelton has been charged with:

Police are still investigating the matter. Anyone with information is asked to call Detective Michael Robinson at (574) 206-2931.

ABC57's Jason Aubry will have more information about these charges and the investigation coming up in later editions of ABC57 News.