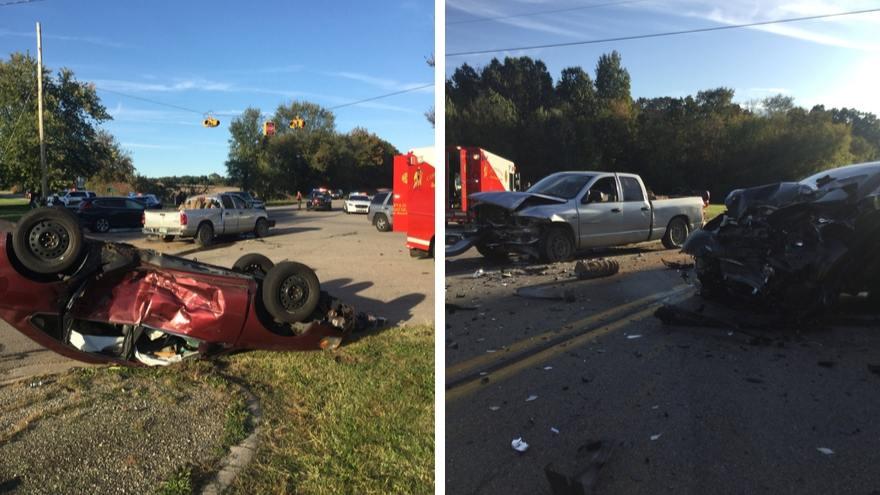 CASS COUNTY, Mich.—Four people were injured in a multi-vehicle crash in Cass County on October 14, according to the Cass County Sheriff’s Office.

Deputies responded to a crash on Monday at 5:15 p.m. on Dailey Road and M-60 in Jefferson Township.

A third vehicle driven by Joseph Mosier, 58, of Three Rivers, and occupied by passenger Christopher Rainwater, 40, of Constantine, was then struck by the other vehicles at the intersection.

All four people were taken to the hospital for treatment of their injuries.

Seat belts were worn and airbags deployed in all vehicles involved in the crash.

Police do not believe that drugs or alcohol were a factor in the crash.