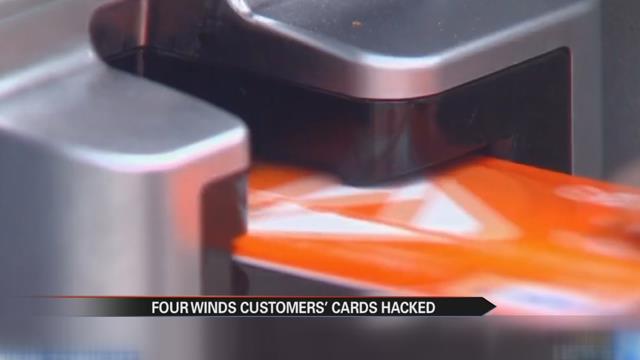 Four Winds Casino Resort released a statement earlier in the week to make their customers aware of a credit card breach.

They want their customers to be vigilant in checking their bank activity to make sure they are not part of the breach.

On October 2nd, Four Winds got a report of unauthorized charges on credit cards after they were used at Four Winds locations in Hartford, Dowagiac, and New Buffalo, according to the statement released by Four Winds.

The data breach involved data found on the magnetic strip of a card including the card holder's name, card number, expiration date and verification code.

Four Winds cannot specifically identify which cards were impacted so they ask anyone who went there between October 2014 to October 21st of this year to check for any unusual or unauthorized activity. If something looks suspicious on bank statements, then immediately call the bank or the card issuer.

For more information on the card breach, click here.

Cardholders can get a copy of their credit report, free of charge, once every 12 months from any of the three major credit reporting companies.