2017 will go down as one of the warmest years on record, globally. Two independent analyses, one by NASA and one by NOAA reached similar results, ranking the past year as second and third warmest respectively. That small difference in ranking is due to differences in data gathering methods between the two scientific agencies. The similar results reached by separate studies reinforce evidence the planet continues to warm.

The five warmest years on record globally have all come since 2010; the past four consecutive years have all be high ranking. What makes 2017 stand out more is it was not an El Nino year. El Nino years are often seen as the ‘warm cycle’ years in global temperatures.

This continues to reinforce strong evidence that climate change is happening; the planet has warmed almost two degrees Fahrenheit over the last century. 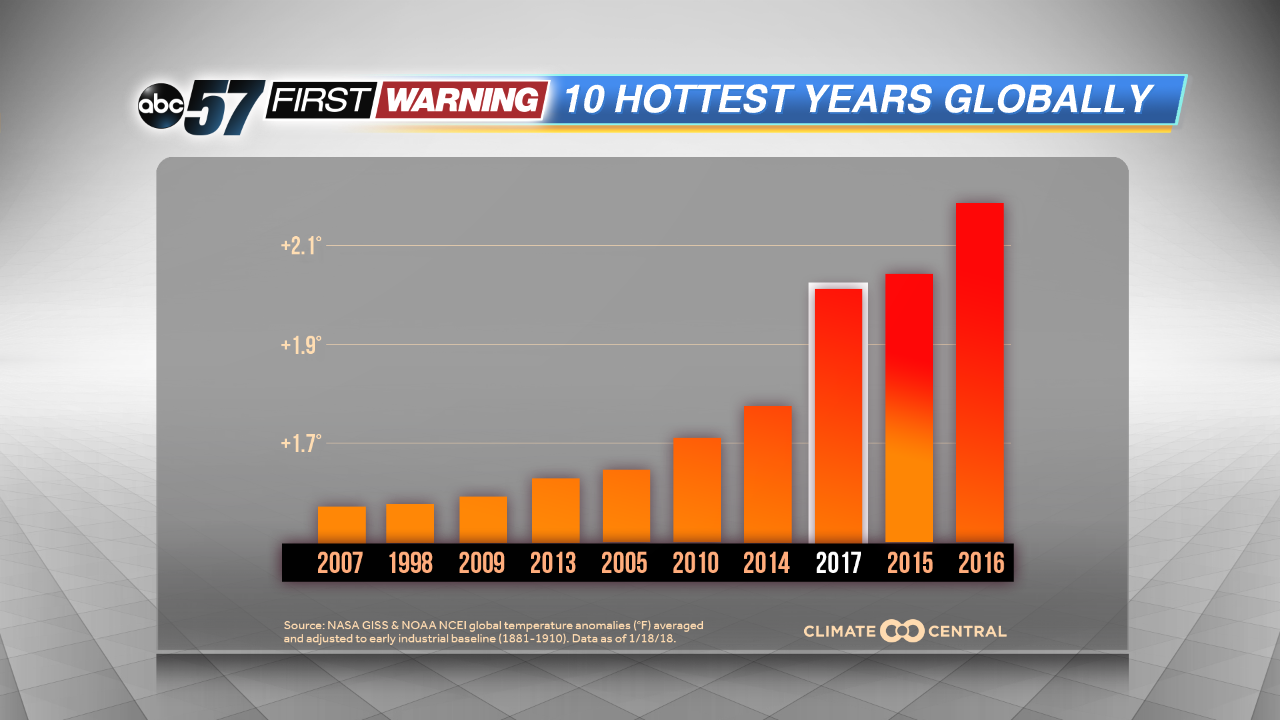 Locally 2017 finished at the 24th warmest year on record in South Bend, but up until mid-December the year was in the top ten. The bitter cold snap at the end of December may have been enough to bring a slight reduction in ranking, but did little to snap the local climatic warming trend. Most of the top ten warmest years in South Bend have come since 1990.

Besides increasing temperatures, impacts of climate change also include increasing and more extreme rain events, which is a growing concern for Michiana.