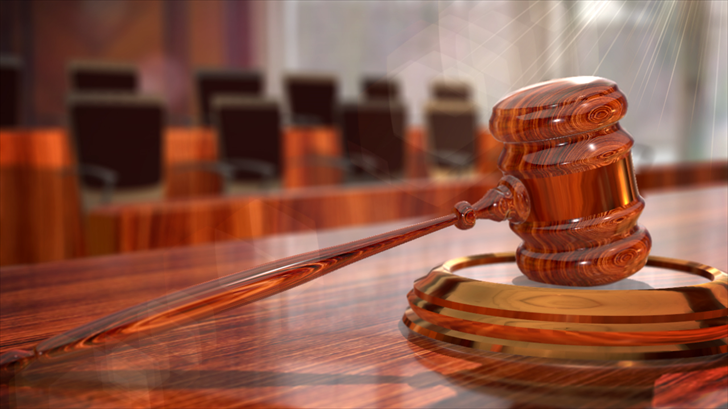 NEW YORK (CNNMoney)  Months before Gretchen Carlson sued her former boss Roger Ailes for sexual harassment, a separate corner of the Fox empire was hit with allegations of sexism.

Dominguez said she learned from coworkers that management had instructed a producer to make video of her face and body for a meeting, a request that was never made for other employees. Additionally, Dominguez recounted a supervisor telling her that "we don't handle veteran female reporters very well."

According to the complaint, one "longtime Fox producer" assured Dominguez in a text message that she hadn't "done anything wrong at all."

"Just because 5 men at a company want to be gratified by 24 year old women doesn't make you bad at your job," the complaint said the producer told Dominguez, who joined Fox Sports 1 in 2014, after about a decade at ESPN.

In a motion to dismiss the case, attorneys for Fox Sports 1 said Dominguez's lack of assignments was due to a programming shift, not her looks.

"Why would [Fox] actively court [Dominguez], sign her to a lucrative, high-profile contract, and announce and promote it to the world, only to turn around and discriminate against her on the basis of gender and age  characteristics that did not change in the months between her signing and the alleged events at issue?" Fox wrote in court papers. "The answer is self-evident; it would not and did not."

Fox's motion to dismiss the case was denied in May by Ronald Lew, a judge in the U.S. District Court for the Central District of California, allowing Dominguez's case to proceed.

Attorneys for both sides are currently negotiating a protective order that will determine which documents are produced for discovery and what will be marked confidential.

Of chief importance to Dominguez's lawyers are emails and text messages that they believe will corroborate her claims.

"We don't think there's going to be a memo out there that says, 'Hire female reporters based on their acumen,'" said Dominguez's attorney Joseph Becerra. "We think it's pretty clear how they viewed her. The most important thing to Fox was: Is she young enough? Is she blonde enough? Is her skirt short enough?"

"The allegations are not true and we are confident that we will prevail based on the facts," the spokesman said.

Dominguez is scheduled to give a deposition at the end of next month. Her attorneys also plan to seek testimony from several high-level executives at the company, including Jamie Horowitz, head of Fox Sports' national networks; Eric Shanks, president and chief operating officer of Fox Sports; and David Hill, the former chairman of Fox Sports.

Dominguez was 54 at the time the lawsuit was filed. Her contract with Fox Sports 1 ended in February and she hasn't worked since, according to Becerra.