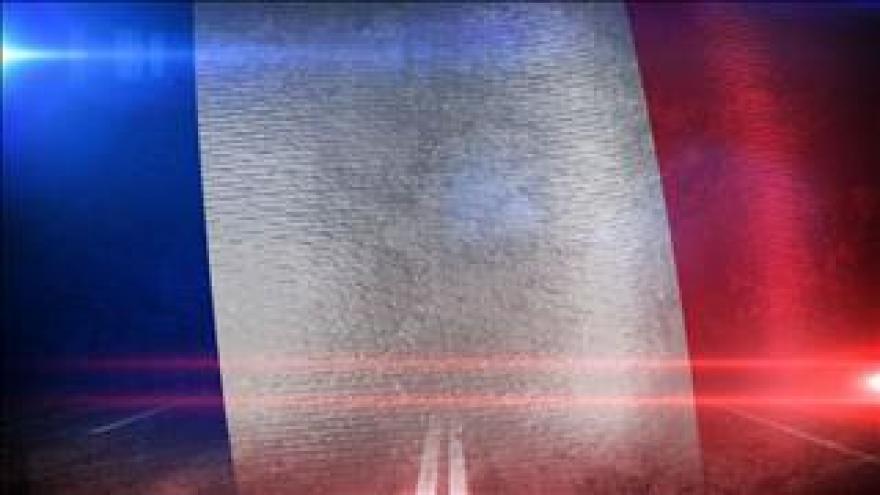 (CNN) -- French President Emmanuel Macron called the sale of migrants at slave auctions in Libya "a crime against humanity" and vowed to press for sanctions.

France has requested an "urgent" meeting of the UN Security Council to discuss this treatment of migrants in Libya, Foreign Minister Jean-Yves Le Drian said. France will advocate for international sanctions against Libya if its justice system fails to act, he said.

Libyan authorities launched a formal investigation into the human slave auctions, which CNN revealed this month in exclusive reporting.

After obtaining footage of a human auction in Libya, a CNN team went to the country in October to investigate. It saw a dozen men sold at an auction outside of the capital, Tripoli -- some for as little as $400. The crew was told of auctions taking place at nine locations in the country.

If confirmed, the new footage "compounds the already unimaginable and inhumane horrors endured by migrants in Libya," the United Nations in Libya said Wednesday. Recently, the UN's International Organization for Migration has alerted the international community to cases where migrants were being sold between human trafficking gangs, the agency said in a statement.

The UN in Libya is "dismayed and sickened by the recent video" and is actively pursuing the matter with the Libyan authorities to set up transparent monitoring mechanisms that safeguard migrants against horrific human rights abuses, said Ghassan Salame, Special Representative of the Secretary-General and Head of the United Nations Support Mission in Libya.

"The Libyan Government must address comprehensively this outrage to the conscience of humanity. The international community cannot continue to turn a blind eye (to) this already dire situation," Salame added.

News of the auctions sparked protests outside of the Libyan Embassy in Paris. French soccer star Paul Pogba raised the issue after scoring a goal for his club, Manchester United, putting his wrists together as if they were handcuffed.

The UN secretary-general said Monday that the reports from Libya demonstrate some of "the most egregious abuses of human rights" and may amount to crimes against humanity,

Secretary-General António Guterres urged the international community to unite on the issue and called on all countries to adopt the UN Convention against Transnational Organized Crime and its protocol on human trafficking.

"I abhor these appalling acts and call upon all competent authorities to investigate these activities without delay and to bring the perpetrators to justice," Guterres said. "I have asked the relevant United Nations actors to actively pursue this matter."