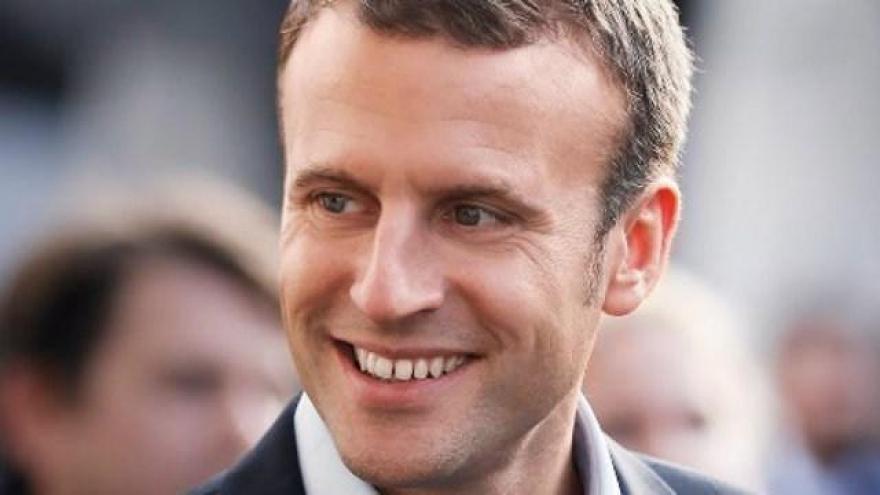 (CNN) -- French President-elect Emmanuel Macron will start getting his house in order Monday after a landslide victory that handed him the reins to the world's sixth-largest economy.

The independent centrist beat his rival Marine Le Pen from the far-right National Front with a decisive 66% of the vote in Sunday's presidential election, according to the Interior Ministry.

Macron will now be looking to use his popularity to win hundreds of seats for his fledgling party En Marche! in legislative elections, in little over a month from now.

Macron ran as an independent, but he founded En Marche! less than a year ago. Transforming an outfit so young into a political force will be no easy task.

But one recent poll by OpinionWay-SLPV Analytics, for the Les Echos newspaper, showed that En Marche! could win the largest share -- even a majority -- of Parliament's 577 seats.

Macron will need a strong En Marche! presence in Parliament to push his legislative agenda through as the country battles high unemployment, a stagnant economy and relentless security woes.

The government has also struggled to cope with immigration and integration, issues that drew throngs of supporters to Le Pen and her anti-migrant campaign.

Sunday's results mark a meteoric rise for Macron, who at 39 will become France's youngest-ever president. The former investment banker has little experience in governance, serving as economy minister for two years as his most senior role.

The President-elect will attend a party board meeting Monday afternoon. He will likely step down as party president before taking on the country's leadership, but it is not clear whether he will do so today.

Macron addressed thousands of supporters outside the Louvre in Paris late Sunday night, making a call for unity in the country that has seen deep divisions with the rise of the far right.

"I know the country is divided and this has led to people voting for extremes," Macron said in a speech at his team's headquarters.

"I understand the anger, the anxiety, the doubt which many of you have expressed and it is my responsibility to hear that.

"A new page of our history has turned this evening, I want that page to be one of hope and refound trust, the renewal of our public life, will be at the base of what I do from the very first day of our presidency."

But even before the results were in, France had made clear it was looking for change. Voters whittled down 11 candidates in a first-round poll in April to two from outside the political establishment.

And the huge margin by which Macron won shows that the country may not be quite as divided as many had thought.

The vote appeared to be as much a rejection of Le Pen as it was an endorsement of Macron. Several voters told CNN they would back just about anyone to keep Le Pen from the presidency. Ironically, it seems Le Pen has inadvertently united the country -- against her.

Several candidates knocked out in the first round of votes publicly endorsed Macron, as did French president Francois Hollande. Even former US President Barack Obama threw his two cents in, telling the world he supported Macron.

But Macron's mandate may be more muted than the numbers suggest. Around 25% of registered voters abstained, the highest this century, while 9% cast blank or spoiled ballots.

And while Le Pen's defeat was something of a thrashing, it was not as pronounced as the defeat of her father, Jean-Marie Le Pen, who ran for the National Front in 2002 and gained less than 18% of the vote.

The result was met with a sigh of relief in Brussels, where EU leaders have watched several elections in the past year as litmus tests of the strength of their 28-member bloc.

Macron had campaigned on a pro-EU platform, in stark contrast to Le Pen, who vowed to pull France out of the union in referendum as Britain did last year.

European Commission chief Jean-Claude Juncker wrote on Twitter that he was "happy that the French chose a European future."

President Hollande also called Macron to "warmly" congratulate him on his victory.

"His large victory confirms that a very large majority of our citizens wanted to assemble around the values of the Republic and mark their attachment to the European Union as well as to the openness of France in the world," Hollande said in a statement.

Earlier, Le Pen told supporters she had called to congratulate Macron after exit estimates projected her heavy defeat. While she wished him success, she continued to criticize her opponent as an establishment candidate, saying the French people had voted for "continuity."

"We have seen a major decomposition of French political life, of the old political mainstream parties and what we see now is a real new configuration which is emerging between the patriots and the new liberals."

CNN's James Masters and Hilary Clarke contributed to this report.