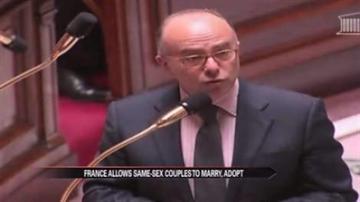 France has joined the list of nations who recognize same-sex marriages.

The French president signed the bill into law Saturday. The bill allows same-sex couples to marry and adopt children.

The signing comes a day after France's highest court ruled that the bill does adhere to the constitution.