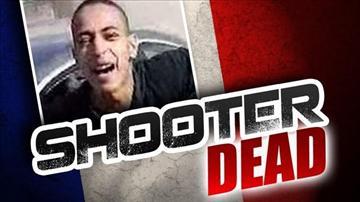 After a 32 hour stand-off a French Murder suspect is dead.

The man responsible for the killings outside of a Jewish school in France was killed Thursday morning.

After a fight with police, Mohamed Merah jumped out of his apartment window, still shooting at officers, when he was shot in the head and killed.

Mayra is accused of killing three Paratroopers and murdering a Rabbi, his own sons and a little girl; all in the name of Revenge.

There were also claims that he was tied to Al-Queda.