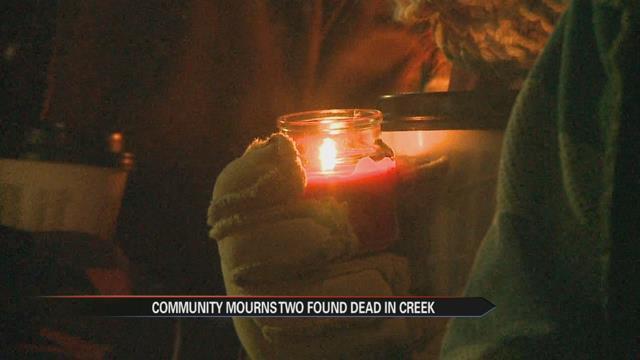 Family and friends gathered Sunday night to mourn the loss of Steven Rough and Autumn Mehl.

Mehl, 29, and Rough, 26, were found dead in a car accident in a creek on Bond Street Sunday morning after they had been missing for over 24 hours.

The candlelight vigil was held outside of the Niles-Buchanan YMCA where Mehl worked.

Mehl was a mother of three, and Rough was a father of one.

Rough’s cousin Mary Gruver remembered him as a great father and son.

“He loved his parents, he loved his family, he was a man that was moving in the right direction in life for himself. We’re close as a family and a lot of the family is here tonight and it’s beautiful what they did,” said Gruver.

At least one hundred people attended the vigil.

Police are awaiting autopsy results and toxicology reports to determine whether or not alcohol was a factor in the crash, but a bartender at Jay's Lounge who served Mehl and Rough Friday night said the two left the bar in good condition to drive.

A GoFundMe account has been set up to help the family with Mehl’s funeral expenses.