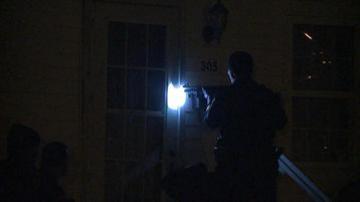 SOUTH BEND, Ind. --Police are investigating the death  death on South Bend's west side. Police responded to a call on Friday night of a man lying in an alleyway near Western Avenue and Illinois Street. The man suffered multiple gun shot wounds on his way back from the grocery store.

For Ricky Singh, some customers are better than others; so when he found out one of his most loyal ones, George Reed, died, he was heartbroken.

"He was a nice guy," Singh said. "He didn't bother anybody. He just came here, got his stuff and went."

And Singh said he came and went often; sometimes, more than three times a day.

He was on his way back from a similar grocery run, when he was gunned down in an alleyway near Western Avenue and Illinois Street.

Friends can't say for sure, but they think it was a botched robbery.

We went in search of answers at St. Joe County Metro Homicide, but our calls and knocks weren't answered.

They surrounded a house in the very same neighborhood where he was shot, but weren't able to find their suspect.

"I want justice," Singh said. "Whoever did it, make sure he's behind bars."

Leaving friends like Singh hoping his killer is caught soon.