From bailout to possible lawsuit 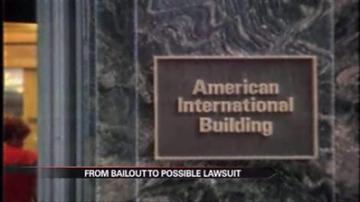 The board of AIG decided not to join a $25 billion lawsuit against the same people who bailed it out.

The lawsuit claims the terms of the US government bailout unfairly hurt shareholders and cheated them out of billions of dollars.

The lawsuit is being pushed by former CEO Maurice "Hank" Greenberg.