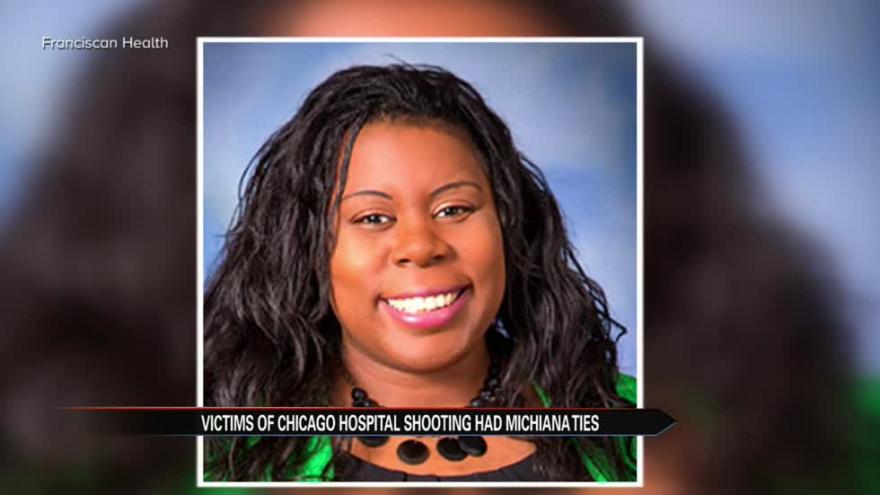 Friends and family members of Dr. O'Neal on Friday remembered her as a caring, loving and thoughtful person during funeral services at the First Church of God in LaPorte, Indiana.

O'Neal was shot to death by her former fiance after he confronted her outside Mercy Hospital on Nov. 19. Her attacker was killed during a shootout with police that left an officer dead. Also killed was a pharmacy technician.

O'Neal's family said she was determined to be a doctor to serve others.

O'Neal's funeral was the last for the Mercy Hospital shooting victims. Funerals for Dayna Less and Officer Samuel Jimenez were held Monday.