Future of Venetian Festival up in the air 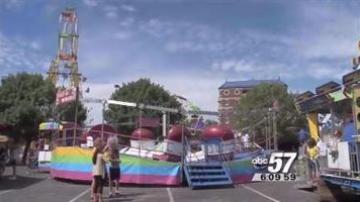 ST. JOSEPH, Mich. -- The future of the Venetian Festival is still up in the air in St. Joseph!

We were told that not much was accomplished.

Festival organizer Gayle Olson says both sides are still far apart on their visions for the festival.

Last week, city leaders cut funding for police patrols after a survey revealed many residents and businesses no longer support the festival.