Gale alerts for Great Lakes; waves up to 13 to 19 feet expected

The biggest waves -- and it's not even close -- in six months are set to rock the Great Lakes this weekend.

As of Friday afternoon, large to downright huge waves are occurring on Lake Superior. A Gale Warning is in effect for the lake until 5 p.m. Friday for waves as large as 13-19 feet! 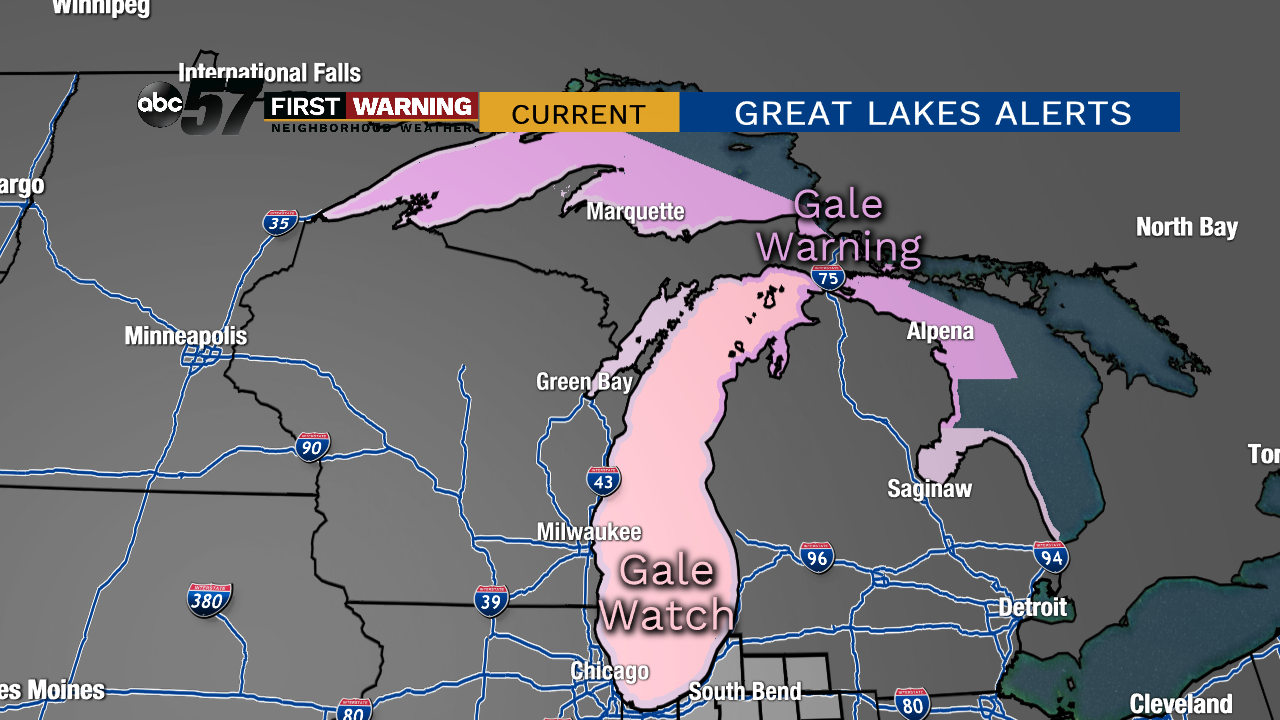 A Gale Watch is issued by the National Weather Service when the risk of gale-force winds (34 to 47 knots) is high.

"It is intended to provide lead time for mariners who may wish to consider altering their plans," according to the NWS. 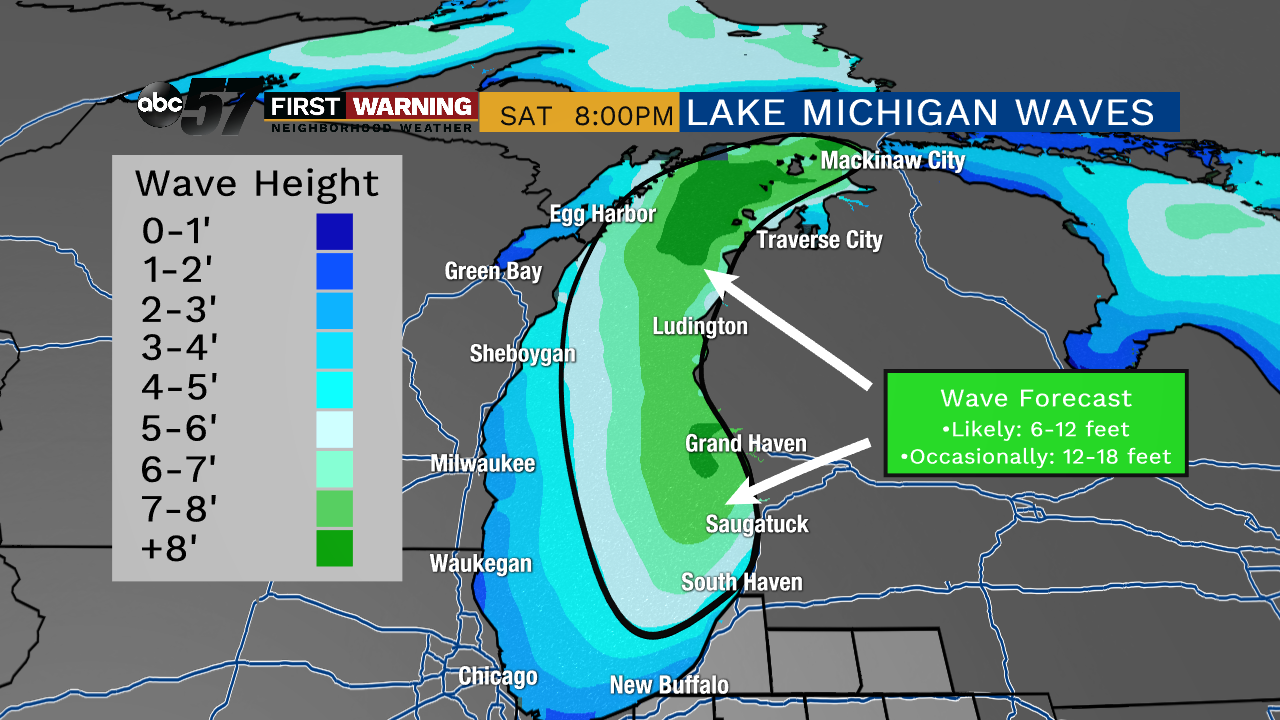 Large to huge waves are expected north of St. Joseph along the western shoreline of Lower Michigan on Saturday and Sunday.
Typically gale-force winds come alongside powerful waves on Lake Michigan as the winds churn up the lake. That will certainly be the case this weekend.

Waves are likely going to be 7-12 feet over much of the lake Saturday morning thru Sunday morning. There will be many waves that exceed 12 feet and reach heights of 13-19 feet! 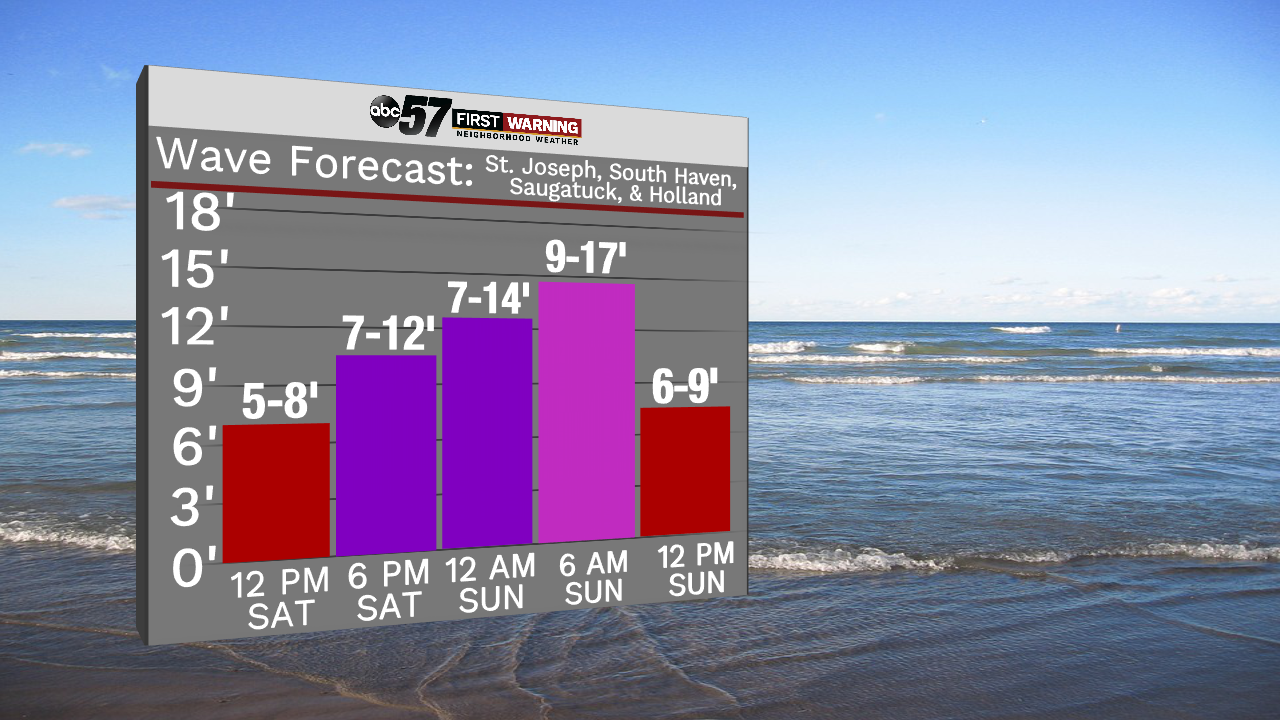 Wave forecast range for St. Joseph, South Haven, Saugatuck, Holland, Grand Haven, and Muskegon. The largest waves will be from Holland northward.
That doesn't mean beaches up and down Michigan's western shore will constantly see waves that large all weekend long. The absolute largest waves will likely be just off-shore.

Despite this, you will very much so be in for a show if you visit a beach from St. Joseph northward to Ludington Saturday or early Sunday. Waves at beaches will likely still reach heights of 9-13 feet occasionally. 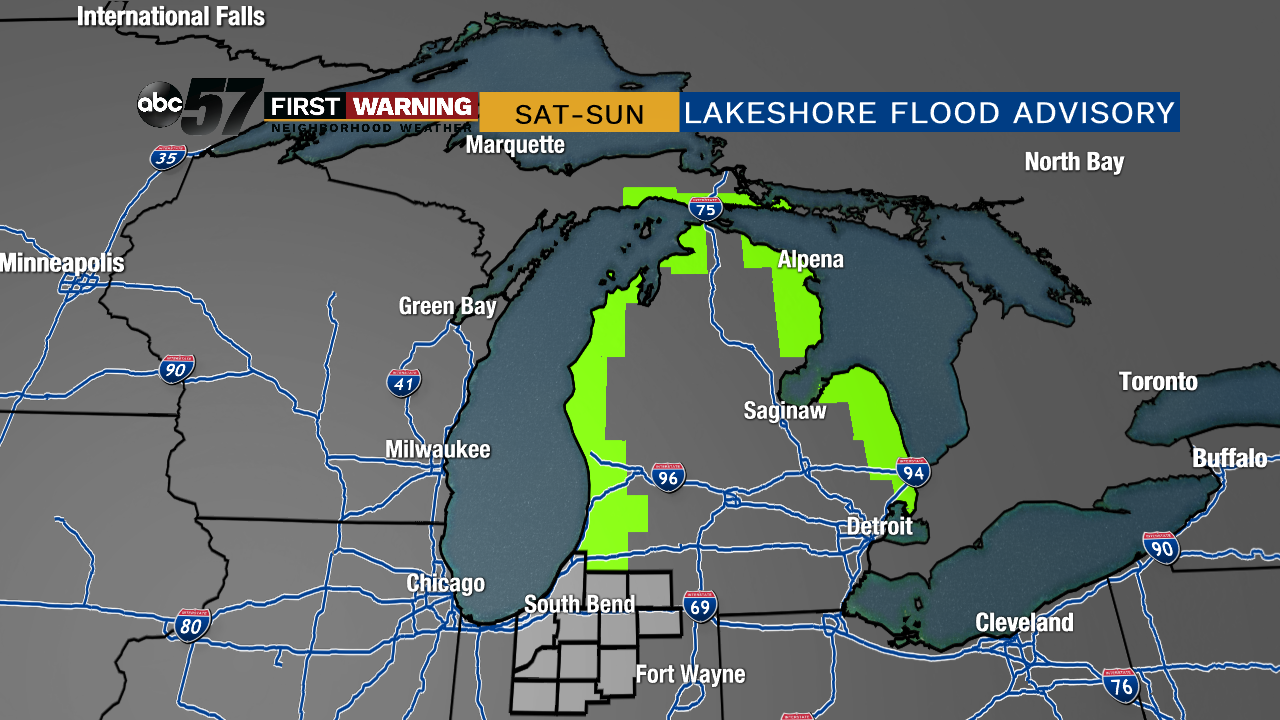 For this reason, a Lakeshore Flood Advisory is in effect for nearly all of Michigan's counties that border Lake Michigan or Lake Huron. Locally, Berrien County is not included in this advisory, but Van Buren and Allegan counties are.

This advisory is in effect because high lake levels, large waves and high winds are expected to cause beach and dune erosion, in addition to flooding immediately along the lakeshore.