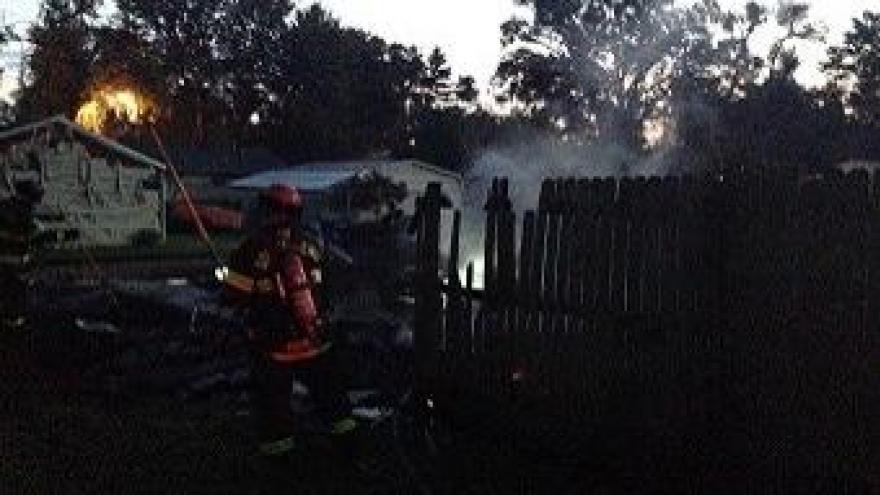 By 7 a.m. the fire was out, but the garage was burned down.

Fire crews say they don't know what caused it at this time, but they will continue to investigate.

Nobody was injured but there was damage to neighboring homes and garages.

Police were also called onto the scene for further investigation.