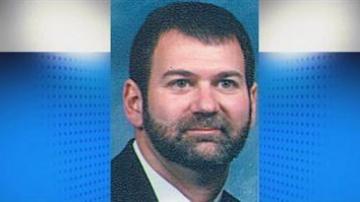 Ten years ago on March 19th, early in the morning, a resident in the 1300 block of College Street in South Bend found a man down in the alley.  Emergency crews responded and pronounced 43-year old Gary McCracken dead at the scene from a gunshot wound.

Gary, a South Bend resident, had been working for Affordable Auto and was in the process of repossessing a vehicle when he was shot.  Homicide investigators have worked all angles of this case, but a suspect has yet to be identified.

Michiana Crime Stoppers covers 12 counties in Northern Indiana and Southwest Michigan.  However, I am a South Bend Police officer assigned to coordinate the program.  As a member of the department and a lifelong South Bend resident, there are certainly those South Bend cases that tend to stand out more in my memory, such as this one.  It's one of those cases that Crime Stoppers features most every year looking for that person that has information on this murder.

Soon after I took over as coordinator, I met with Gary's parents.  It's hard to contemplate the grief parents, in particular, must experience when they've lost a child in such a violent manner, and whose murder has never been avenged.  My heart broke for them as they prayed for justice in their lifetimes.

One of my best friends worked as a lifeguard with Gary at Pinhook Park in the late '70s.  Gary was the head lifeguard.  My friend described him as being a great leader, fun-loving, and full of potential.

Each time we feature this case we hope that this will be the year that the tip will come in that police and Gary's family have waited for.