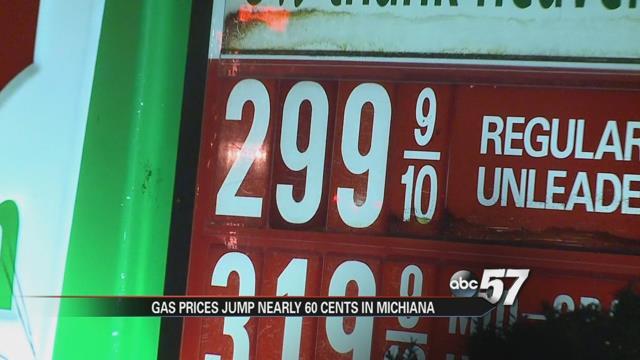 Crude oil prices are at a 6-year low, but the price of gas is still soaring throughout Michiana.

Prices have jumped by 70 cents or more since Monday at some gas stations. Experts at Gas Buddy say it's an issue affecting all Great Lakes states because of a local refinery issue.

Some stations have increased gas by by 41-cents.

Patrick Dehaan, senior petroleum analyst for Gas Buddy, says this is all because of an issue at BP Whiting refinery in Northwest Indiana. It unexpectedly went down over the weekend and is under repair. It's the 7th largest refinery in the country and is directly affecting gas supply in our area.

There is some hope.

Dehaan says on Twitter that he believes the price hike is only temporary and could drop below $2 after mid-September or October.

High prices at the pump are expected to carry over past Labor Day.